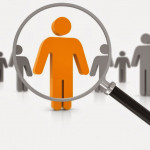 Every year in the Championship are participating more than 10 000 people from Ukraine, Kazakhstan, Czech Republic, Belarus, Latvia, Lithuania and Estonia. Theme of the “Golden Byte 2016″ Championship – Invent Create Change. Organizer – STEP IT Academy, the largest educational center in the IT area. International IT Championship “Golden Byte 2016″ is a platform for uniting young IT professionals, start-ups, investors, business angels and large companies. This is an opportunity for talented developers, designers and inventors to receive job offers from the biggest IT-companies, and for start-up projects gain an investment and support.

Nominations of the Championship:

The general partners of the Championship “Golden Byte” are leading companies in the field of IT: InterSystems, Intel, Dell, Wolf, StearlingStudio. Innovative partner – Microsoft.

All information about participation in the “Golden Byte” Championship is available at www.goldenbyte.org and in social networks: Facebook, VK.

STEP IT Academy is an international education center specializing in Professional computer education. Today are operating 33 branches in 13 countries.