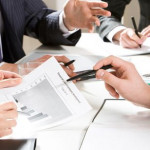 Romania should invest EUR 3.9 billion for attaining its IT&C targets by 2020, which include growing the coverage of its broadband, the use of e-governing services, online sales and the number of employees in the IT&C, as part of the National Strategy Digital Agenda for Romania, published by the Ministry for Information Society, according to Mediafax newswire.

“A correct implementation of the strategic vision for the IT&C in Romania which should fulfill the specified targets for Romania will require a total investment which exceeds EUR 3.9 billion. The direct and indirect impact on the economy, calculated in conformity with good practices in other European countries that have made similar investments, can be translated into a GDP growth of 13 percent, the increase in the number of jobs by 11 percent and a 12 percent decline in management costs during 2014-2020,”

The development of the broadband network will attract EUR 3.1 billion, which is the bulk of the investments.

The National Strategy Digital Agenda for Romania directly targets the IT&C sector and will directly and indirectly contribute to the development of the economy, making Romania more competitive.

“If in previous years, the IT&C sector saw a slower development and job occupancy, this is due to the 7 percent annual average growth rate in workforce occupancy in the IT&C sector before the economic crisis, and projects it as a target for future investment for 2014- 2020. The Romanian government has already made major contributions in the sense of improving the employment rate in the IT&C, such as for instance, the state aid scheme for creating a minimum number of new jobs,”

mentions the project, quoted by Mediafax.

The costs for building a Next Generation network that should support superior broadband speeds in accordance to the National Strategy Digital Agenda for Romania are estimated to reach between EUR 1.3 billion and EUR 3.5 billion, function of the selected technology.

“These costs will be only partially covered by private investments so financing estimated to range between EUR 0.7 billion and EUR 1.7 billion is still necessary,”

according to the document.