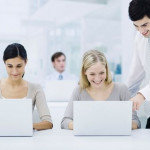 Romania has landed on the 3rd position in CE_FAST50 2014 with six companies in the competition that ranks the fastest growing technology companies based on their revenue growth over a five-year period, according to a Deloitte press release.

Four of the companies present in the ranking are new entries, with the average growth registered among the Romanian entities ranked being 589 percent.

“We would like to congratulate all Romanian companies ranked in this year’s Fast 50 Technology report. All of them are testimony that with talent and innovation they can make a difference even in a very difficult market as the one of the past few years”,

With an average growth of 1,433 percent, Sibiu-based ITNT ranks fourth, the best placed among the Romanian companies.

Qualified for the seventh year in a row in the ranking, Teamnet International is also among this year’s performers as it is present in two categories: 3rd place in the Big 5 category which marks those fast-growing companies that are too large to compete on equal terms in revenue-growth terms with smaller Fast 50 businesses and the 34th place (424 percent growth rate) in the main category Fast 50.

The average growth rate of CE’s Fast 50 technology companies increased to 698 percent from 671 percent in 2013. However, this is still well below the 1026 percent average achieved in 2012.

Ten countries contributed to this year’s Fast 50 ranking: Poland (17), Hungary (10), Romania (six), Croatia (four), the Czech Republic, Lithuania and Slovakia (three each), Serbia (two) and Bulgaria and Estonia (one each).

Twenty-six companies have entered the ranking for the first time, 10 moved up and 14 moved downwards. Software companies again lead the ranking with 26 entries, followed by Internet with 12 entries and telecoms/networking with six entries.

Twenty percent of the CEOs of the companies that have applied for the ranking have revealed that innovation is the greatest management challenge they face.

One of the threats CEOs identify is the limited access to specialized work force (28 percent), followed by the general economic climate (20.6 percent).

More than half of the CEOs  see future organic growth and 39.1 percent see international expansion. As regards to their revenues, 33.8 percent of the subjects estimate growth between 26-50 percent in 2014 while 52.3 percent plan to increase their R&D spending in the next couple of years.