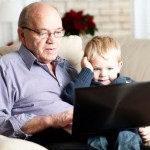 Founded in Ulyanovsk by the team behind the ecommerce product X-Cart, Ecwid develops and markets an ecommerce widget that enables website owners introduce an online shop into their existing websites in a very easy way.

Since raising $1,5 million from Runa Capital in 2011 Ecwid has grown its user base to 500,000 users (40 percent of them coming from the US and 25 percent from European Union), and made its technology available to the website owners based on Wix and WordPress.

Earlier this year Ecwid established an exclusive partnership with Facebook thanks to which the users can use their payment information and delivery address stored on their Facebook account and use them when buying from Ecwid stores.

The funding will be spent on accelerating the growth, developing the mobile and social commerce and building partnerships with POS terminals.