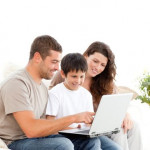 Russian search engine Yandex said on Tuesday it planned to capitalize on its expertise in data analysis to develop its business beyond Russia which could help to drive its expansion as advertising revenue growth slows.

Yandex, the market-leading Internet search engine in Russia with a market share of 60 percent, gets the bulk of its revenues from text-based advertising which have been hit by the country’s economic downturn.

It also offers free email, maps, music streaming and other services aimed mostly at Russian-speaking consumers. Since it listed its shares in New York in 2011, Yandex has been trying to expand beyond former Soviet countries.

The company said it had applied technology widely used in its search engine to develop other products. These include tools to help retail banks predict what products customers want and to help software developers target advertising campaigns.

The Yandex Data Factory project, which has offices in Moscow and Amsterdam, is designed to help companies in Russia and elsewhere to increase sales, cut costs, forecast demand, develop new or improve existing methods of audience-targeting, it said.

“The mathematics of big data is an asset we have so far applied to one model in one market,”

“Our growth rate is falling as scale increases … What next? We see we’ve got an asset we could apply elsewhere and we are trying various business models,”

The company gave no estimate for future revenues, saying only it had already received requests from various industries.

Yandex said in October it saw sales rising 27-30 percent this year, a slowdown from 37 percent in 2013 and 44 percent in 2012, as the Russian economy headed for recession following Western sanctions over the Ukraine crisis and a slump in oil prices.