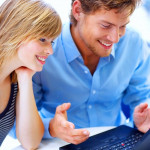 For all the press surrounding Skolkovo and the Russian government’s plans to make the country more of an innovation-based economy that is less reliant on natural resources, it is worth looking beyond the headlines to see what the Russian software industry itself makes of the government’s position. To see just how local players shape the discussion on a national level, Software Russia sat down with Valentin Makarov, President of the Russian Software Developers Association (RUSSOFT), to ask what changes, if any, industry leaders expect to see. RUSSOFT, the country’s association of software developers and the industry’s voice before government, has been at the forefront of the discussion, lobbying government for favorable treatment and acting as a think tank for ways in which the local industry can frame the governments focus on innovation to its best advantage.

What events led to the current discussions concerning the role of the Russian government in the software industry (protectionism, support, etc.)?

This topic receives attention from time to time. Most often, spikes in the discussion occur when some of the players on the market show some activity. This time the process was initiated by ARPP, an association of independent software vendors. After each such round of discussions we prepare proposals that are then forwarded to the government. Afterwards the discussion usually dies down.

Was it a constructive discussion? Is there a consensus in sight?

This has been the third active discussion – and the most intense – that I have ever witnessed. It has also resulted in a very comprehensive and important outcome, which demonstrates the importance of governmental support for local manufacturers through the use of market mechanisms.

What is the range of opinion you see, and what are the major arguments in the discussion?

There are two major competing opinions that have emerged from the discussion. First is that because the Russian economy is monopolistic by nature, the current Russian government has neither developed a strategy nor set any priorities for growing the innovation economy. It simply does not possess the skills necessary to support domestic manufacturers with market mechanisms (by those I mean measures allowed by the WTO). Therefore any attempt to initiate government support will inevitably lead to great harm of the industry and to the market in general. And even if those measures are taken, they will be in favor of monopolists. Therefore there’s no need or rational reason to demand from the state any support for Russian manufacturers.

The second is that all leading economies implement some sort of policy to support their own manufacturers by applying measures to develop the local IT industry and assure technological independence and informational security. Such a policy is extremely important for Russia – a country that possesses enormous natural and human resources, and also nuclear weapons. Therefore it’s necessary to plead our case before the government, provide it with solid arguments, and lobby for decisions that will support domestic manufacturers. But it makes good sense to support the industry only with accepted market mechanisms; otherwise the effects will inevitably be negative. And only in a very small number of cases that are connected to national security should administrative measures that put in place barriers to overseas companies be applied.

Which of these views seems to be most popular? What would happen if one of the competing views were to gain widespread acceptance – either during a Russoft board meeting or in the general meeting?

The board has already decided on the second of the two opinions. I hope it will be supported by the general meeting. At issue is that this point of view means financial support for R&D and education, the introduction of transparent procedures in the ways government tenders are prepared and conducted, and support for the promotion of Russian companies on the international market.

This is definitely better than asking for nothing and living out our own lives far from the government. I find it significant that there was hardly any support for the idea of giving preference to domestic manufacturers in state tenders. It appears that the major obstacle for domestic companies to winning government contracts is not their uncompetitive pricing, but rather strict requirements and restrictions contained in the specifications of the tender which all but define the future winner and exclude Russian participants from accessing tenders.

What are the chances for affecting the decision making process of the government? What is your influence, how can it be used and what might it lead to?

Experience teaches us that these questions are of interest not only to us, but are also important to government officials. Unfortunately, the ministries and bureaus are slaves to the instruments and mechanisms that are already in place, and in the short-term they are occupied by implementing operational decisions and directives. But these old measures are worthless in solving new problems. It is necessary to prove patiently, with sufficient arguments, the effectiveness of any new approach to allocating resources for R&D, paying teachers, preparing and conducting tenders, and finally, to recognizing the role of the trade associations in all these processes. Even if the chances are rather slim, reality will require that the government find new solutions, and they will have to listen to associations.

What is your personal position?

My personal position is in line with the prevailing direction of the discussion. My role demands that I speak to government officials and promote the ideas arising within RUSSOFT. Our activity never ceases, even though we may become a bit less active around the holidays. Will there be any action by the State? That will depend on whether the circumstances demand new decisions.