Samsung agrees to pay Apple $548M in damages with conditions 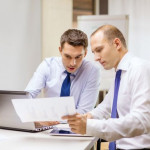 An appeals court had rejected Samsung’s bid to review the damages award.

Samsung Electronics has agreed to pay Apple US$548 million in damages in a patent infringement lawsuit in California, which will be the first shot at compensation Apple will get in the dispute that has dragged on for several years with many twists and turns.

The move by Samsung follows the rejection last month by the U.S. Court of Appeals for the Federal Circuit of a full-bench hearing to review the damages award in the patent dispute in the light of new information about an Apple patent.

The South Korean company has confirmed to Apple that it will pay the iPhone maker the damages within 10 days of the delivery of Apple’s invoice to Samsung, according to a joint case management statement filed in the U.S. District Court for the Northern District of California, San Jose division on Thursday.

But Samsung has also reserved the right to collect reimbursement if there are any further developments in the case, including results of proceedings before the U.S. Patent and Trademark Office that address the patents at issue. Apple has disputed Samsung’s asserted rights to reimbursement.

Apple sued Samsung in 2011 alleging that Samsung phones infringed on several iPhone patents. It was awarded damages of $930 million by a jury in the U.S. District Court in California, which found that Samsung infringed Apple’s design and utility patents and diluted its trade dresses, which relate to the overall look and packaging of a product.

The U.S. Court of Appeals for the Federal Circuit reversed the jury’s findings that the asserted trade dresses are protectable, and vacated the damages relating to trade dress dilution.

The decision still required Samsung to pay the $548 million in damages, while a jury trial – the third in the case – for a reassessment of the remaining $382 million in damages is scheduled for next year in the California court.

But Samsung wanted the full bench of the Federal Circuit to consider its challenge of $399 million in damages from the $548 million, as the award included all of Samsung’s profits from infringing products even though the patented designs are only minor features of those products. The Federal Circuit refused to go along with Samsung.

Samsung has fought back on other fronts too, including by asking the courts to declare invalid and vacate the damages in connection with the claim of an Apple patent known as the pinch-to-zoom patent, which figured in the lawsuit.

The Patent Trial and Appeal Board of the USPTO decided in December that claims of the patent had been found invalid, according to a Samsung filing. Apple has filed to the USPTO a notice that it intends to appeal before the Federal Circuit court.