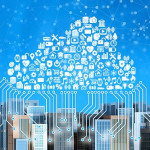 Samsung Electronics said that it will partner with SK Telecom to build a LoRaWAN network for the Internet of Things that will cover all of South Korea. The two companies claim that this the world’s first nationwide IoT network.

Backed by non-profit group LoRa Alliance (which counts SK Telecom among its members), LoRaWAN represents an attempt to standardize LPWAN (low-power wide-area networks), which are meant to offer a cheaper and more power-efficient alternative to Bluetooth, Wi-Fi, and cellular networks for the Internet of Things.

South Korea may be getting the first countrywide IoT network, but LoRaWAN has already been used to build a citywide IoT data network in Amsterdam that launched last August.

Samsung Electronics and SK Telecom’s IoT network will be available throughout South Korea by the middle of this year. It rolls out next month in Daegu, the country’s fourth-largest city, where it will connect hardware for self-driving cars, renewable energy, cloud platforms, healthcare big data analytics, as well as streetlights that collect air pollution information and automatically adjust brightness based on weather conditions.

The South Korean government has said that it plans to invest 100 billion won by 2024 in smart cars and IoT as part of a drive to promote the country’s startup industry and decrease its dependence on semiconductor manufacturing.

The country has already subsidized the building of Songdo, which is billed as the “world’s first smart city,” and is currently considering lifting regulations on the IoT industry in order to make it easier for companies to commercialize new technology.

South Korea’s Internet speeds are already among the fastest in the world, thanks to policies the government adopted more than a decade ago in order to help it recover from the Asian financial crisis.