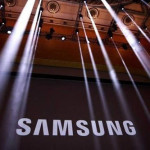 Samsung Electronics has begun production of logic chips, or processors, in the 10-nanometre process that will likely power the Galaxy S8 to be launched early next year.

The South Korean tech giant said chips made from the process will power an IT product to be launched early next year, a likely reference to the Galaxy S8.

The company said that compared to the 14-nanometer process, performance increase was 27 percent while energy consumption was 40 percent less. The process will also allow 30 percent more chips per wafer.

Samsung said it applied what it called triple patterning, where patterns of the circuit are drawn on the wafer before cutting, but this was done three times for precision, which is crucial for designing chips to be smaller.

Samsung will work with clients and partners to authenticate 10-nanometer design tools to expand the foundry, or contract-making, ecosystem using the process, it added.

The company began the 2nd generation 14-nanometer process earlier this year, and made chips for major client Qualcomm.

Due to the ending of the Galaxy Note 7, the South Korean tech giant’s chip business will likely contribute the lion’s share of its profits until early next year.