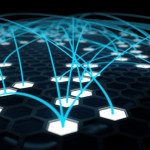 SimpleCell announced plans to build a new mobile network in Slovakia. The company will use Sigfox technology, with the network aimed entirely for Internet of Things (IoT).

Sigfox is one of the three competing Low-Power Wide-Area Network (LPWAN) technologies, reports Zive.sk. It is a direct competitor to LoRa networks and the LTE-M standard still under development.

The Sigfox network was developed by a French company established in 2009. Download and upload speeds will be 100 bps and 12 bits per 4-6 seconds, respectively. Low speeds save energy and spectrum.

Data transmissions will be of very low volumes. They will not include complex files, such as pictures, videos or e-mails, but only basic data, such as sensor transmitting an information on or off.

To use a device on the Sigfox network, no Sim card is necessary. The device only needs to register via the web site; it then automatically connects to the network, irrespective of the country within the EU where it is just located.

The system needs a mobile operator. In Slovakia, SimpleCell plans to build about 250 base stations set to cover about 85 percent of indoor territory and 92-93 percent outdoor territory.

The company will build the base stations itself but use the infrastructure of existing mobile operators, mainly masts for placing tranmitters and core network. According to Zive.sk SimpleCell is already negotiating with all operators. The selection will be completed by October and the network fully operational from May 2017.

The Sigfox network is built in Europe on the band 868 MHz, which is a public, non-licenced band. Prices are estimated at EUR 1 to EUR 10 a year per terminal. One terminal can send maximum 140 messages a day (which is a condition for the non-licenced band) and accept a maximum of four orders. Download occurs only in time when upload is planned.

The battery life is estimated at 4-5 years under the assumption of sending one message a day. The network’s life is currently planned for seven years with the option of repair extension by another two years.

The band 868 MHz is non-licenced, which means that no fees need to be paid for its usage. A disadvantage of the network is its open character – the same frequency is used also by other services, such as radio alarm clocks, remote controls for garage gates and some sollutions for smart home.

However, a sufficient bandwidth is available to prevent interference. Every message will be emitted three times, always on a different channel. Another benefit is using a relatively low frequency (one BTS serves a big area) and low demand for quality – every transmisison in Slovakia should be within the coverage of 5-6 base stations, independently.

The networks already operate in the Czech Republic. SimpleCell still needs a licence for operation in Slovakia. A contract with Sigfox will be signed in May. The contract will then be exclusive, meaning that no other operator in Slovakia will be able to offer the network.

SimpleCell operates the Sigfox network in the Czech Republic with T-Mobile Czech Republic as key partner. The competing technology is LoRa implemented by Czech Radiokomunikace and the association Things.cz.

In Slovakia, there is no Sigfox competition yet. Another expected competition is the LTE-M technology, which is expected to be chosen by most established mobile operators for the simplicity of its implementation.

Compared to Sigfox and LoRa, LTE-M will have several advantages, such as sending data in real time, but as a standard is not yet complete, deployment is expected in about 2020.