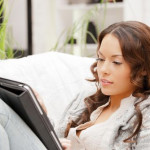 Part of the team of Russian developers working for video chat service Skype is to move abroad as Microsoft, who have owned the company since 2011, closes down its Zelenograd office.

A number of international centres will take over the work formerly done in Zelenograd, including one in Prague, to which part of the team plans to relocate. According to the company’s spokespeople, the decision was taken in order to make the work of their R&D centres more effective. The time difference makes communicating with developers in Russia complicated, and the company is also keen for engineers working in the same department to be in the same place.

Skype does not have an official Russian office. Instead the former team from mobile video messaging service Qik was responsible for developing the company’s services in Russia. Skype bought Qik from Almaz Capital in 2011 for $150 million. Around 100 programmers worked in the Zelenograd office, a third of whom have agreed to move to Prague as well as other cities.

Skype is not the first company to make an exit from Russia in recent months. In September American multinational Adobe closed down its Russian office, and in April Russian mobile games developer Game Insight chose to relocate to the Lithuanian capital Vilnius, closing down its headquarters in Russia as well as its San Francisco office.

It is also worth noting that last month Rostelekom announced its plan for a Russian VoIP service analogous to Skype.