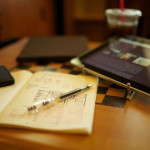 Location no longer a limit on launching products, but language still is.

The Slovak market is small so it is not a shock that domestic mobile game developers target the international market. What is surprising is how many of them have turned out to be enormously successful.

“To succeed on the market with mobile applications is a demanding task even for large development studios,”

Roman Kadlec, a specialist in the game segment of the TouchIT magazine, told The Slovak Spectator.

“The success of a small team is usually a combination of luck and a quality application, which excels in one aspect at least.”

The number of mobile games on which Slovaks work have been growing over the years, but as Kadlec points out, several applications are being developed by Slovaks abroad, with many based in the Czech Republic. Moreover, mostly this is made-to-order production.

“While an application is developed in Slovakia or by Slovaks abroad, the publisher is often a foreign company,”

The local business follows the rapid development on a global scale, thus game studios have to monitor the current trends and adapt rapidly, according to Michal Gabriel, co-founder and creative director of game studio TinySoft.

“Today it is very risky and expensive to develop a game for more than a year,”

“Developers are initially trying to place the game on the market and then tweak it based on the real player requirements.”

Martin Palšovič, a chief marketing officer of game development company Pixel Federation, agrees with the growth of the number of local developers.

“But the developer’s locality now plays only a minimal role,”

He said that a greater impact is the quality of the product not known by lots of local people.

Slovak developers introduced more than a dozen games in 2015. Game expert Filip Kuna considers as the most successful games Space and Medieval Engineers from the Keen Software House, a London-based studio founded by Marek Rosa.

Twenty-million people play TrainStation around the world and the launch of the mobile version has doubled revenues.

The train simulator from all historical periods is based on the free-to-play (F2P) playing model that gives players access to a significant portion of their content without paying up front.

Kadlec said that the trend of F2P and micro-transactions arises due to the fact that current users do not want to pay for apps but developers need something to live by.

“You download and play the game for free, however, the developer could implement some features like exclusive train or additional energy for which you have to pay,”

Additionally, Pixel Federation offers the fantasy game Emporea based on building cities and strategic alliances. They have surpassed the 35 million players milestone worldwide and a Japanese partner looks set to release their games in Asia.

TinySoft released the free flipper puzzle game Pinball and logic game Bubbla which won an international competition including more than 900 developers from around the world.

Making waves in the mobile game segment is extremely difficult, and more than 400 titles are released every day. Ergo, global market behaviour must be considered from the beginning, according to experts.

Gustáv Budinský, executive manager of the IT Association of Slovakia (ITAS), considers the innovation and idea to be important.

Ján Trangel, deputy editor of the MobilMania.sk web-portal, ranked speed, work with the community and the creation of English or other big language versions.

“English has become the absolute basic and offers it in principle every major application,”

Kadlec sees the success of a small Slovak team as based on a combination of luck and excellent quality in at least one aspect of the application. If the application wants to break through on the world market, it must be portrayed by the biggest US media, he said.

“The application must be noticed in the flood of others,”

As the market is saturated, the developer also needs to choose the target audience and segment, accoding to Kuna.

“It is not appropriate to directly confront the strong brands in overcrowded genres,”

“Similarly, the Dungeon Madness series was developed by a 19-year-old Slovak with his two classmates,”

In terms of genres, most local developers focus on simulation games, puzzles or adventures, according to Palšovič.

“These games are technologically less demanding and Slovaks could show their strengths like creativity, game design and wonderful art concepts,”

“People often put out poor quality or unfinished games,” Palšovič said, “and their authors wonder why nobody takes interest in them.”

However, a dozen or so game studios based in Slovakia and the Czech Republic have developed games in the local language, Gabriel said.

“Only crossword puzzles, quizzes and similar games can be implemented in Slovakia,”

Simplicity could be replaced

The development of mobile games will continue to grow in Slovakia. However, according to Kadlec, in most cases there will be smaller independent experiments.

The F2P model is here to stay, he added.

“Although only Pixel Federation has used the model effectively from the Slovak developers so far, smaller studios are trying to at least experiment with that,”

Palšovič pointed out that the games market will continue evolve towards more complex games, thus there will be more logic games, strategy and adventure games.

“Last but not least the whole market is beginning to evolve towards virtual and augmented reality such as the Samsung Gear VR platform,”

“China, Japan and Korea make up a huge proportion of players as well as revenues from mobile games,” he continued. “Each country has its own ecosystem which cannot be attained without knowledge of the local culture and market operation.”

Trangel cites quality education in the IT field and the operation of established companies involved in mobile games, which bring up young developers, as keys to continued success for Slovaks in the field.

“There’s also a decent community of smart people who can assist each other and exchange experiences,”

However, the government should burden startups or small developers as little as it is possible, Gabriel added.

“They are often students fed by their parents who have potential to bring considerable money into the country,”