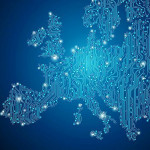 The IT Association has prepared a road show for owners and managers of firms.

The digital era is coming, promising to bring many benefits to European businesses and consumers, but Slovak companies are only little prepared for it. And while they rather see the digital single market as an opportunity, experts warn that this is rather optimism stemming from ignorance of the whole matter.

To help businesses get acquainted with better opportunities and challenges the digital single market would bring them, the IT Association (ITAS) has prepared a road show of conferences intended to show them how to prepare for emerging trends.

A fully functional digital single market would simplify online trading within countries of the European Union, remove geo-blocking, simplify the VAT system, among others. Yet while all these may bring new customers and business opportunities for those prepared, others may end up pushed out of the market.

“Threats can be labelled without exaggeration as existential,”

“We are standing on a threshold of a new wave of globalisation, in which large players are more intensively swallowing the small ones and use their power to take control over other markets. At stake is a lot – fates of companies and in a significant extent also the future of the whole Slovak economy.”

Lelovský based his concerns on results of a recent survey ITAS conducted in cooperation with GfK and the Trend economic weekly. Based on them almost two fifths of managers of Slovak companies have not heard about the digital single market that should become a reality in the European Union already in 2020.

As much as 58 percent of managers and owners of companies have heard or read something about this strategy, but they do not know details. Only 4 percent know the strategy in details.

“What is even worse is none of the 134 companies that participated in the survey has conducted any concrete measures to implement the strategy into its processes,”

“This has to change radically because companies abroad take measures and prepare for these changes.”

Lelovský sees the “catastrophic” conditions of the business environment in Slovakia behind the low knowledge of Slovak companies regarding the strategy of the digital single market.

“Entrepreneurs are buried under a huge amount of administrative and other burdens, they fight with law enforceability, they fight in order somebody settles with them an invoice,”

said Lelovský, adding that German businesspersons do not face any of these problems.

“If the business environment does not improve, companies will have only little time left to innovate.”

The European Commission adopted an ambitious strategy to complete the digital single market (DSM) last May.

“The basic idea is that people and companies have to have freedom to fully use opportunities fast internet and modern digital technologies offer them,”

said Dušan Chrenek, head of the European Commission Representation in Slovakia, adding that for now the current market is a complicated network of 28 national markets and regulatory frameworks.

A fully functional DSM would bring many benefits to European businesses and consumers. It would promote innovation, contribute €415 billion to the EU economy each year and create hundreds of thousands of new jobs. As it relies on the cooperation of national public administrations, coordinated EU action is required.

The European Commission plans to introduce 16 key measures on which the DMS would stand by the end of 2016. Chrenek specified that this should include making online shopping in other EU member countries as simple as within a given country.

To achieve this, it is necessary to address issues of intellectual property rights, data protection, the system of tax collection or geo-blocking, i.e. practices used by online sellers that result in denial of access to websites based in other EU countries. High costs of cross-border delivery of parcels ordered online is another hamper for a bigger volume of online trades.

Chrenek hopes that also the cancellation of roaming fees planned for June 2017 would contribute to a proper operation of the digital single market.

To help companies to prepare for the digital single market, ITAS in cooperation with ministries and other organisations has prepared a series of free conferences to be held in six tows – Bratislava, Nitra, Banská Bystrica, Košice, Poprad and Žilina – starting on April 4.

The first part of each conference will be dedicated to the strategy of the European digital single market and the second half to concrete solutions and examples of Slovak companies that have successfully gone through digital transformation.

“We have squeezed the content of the conference into three hours in order managers or owners of companies have enough time to arrive in one of the regional capitals to attend the conference and get complex information,”

said Lelovský, adding that during the conference they will explain what the planned strategies mean, when they will be implemented, what opportunities companies have for drawing EU funds for innovations and digitalisation and what help companies can receive.