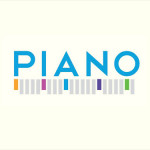 Piano Media, the Slovak paywall solution provider, has just announced a Round C funding from its existing investor 3TS Capital Partners and Gründerfonds. The amount of funding has not been disclosed.

Whilst we know 3TS as the later stage venture fund in CEE region alongside MCI Capital and Earlybird Digital East, the Gründerfonds is a new name for Eastern Europe, or in fact in Austria, having been founded in 2013.

It has 68,5 million investable assets that come from Austrian government and Erste Bank.

Piano Media offers metering and paywall solutions to help online publishers monetize their content, and I have covered them a few times in the past.  The company reports 100 media providers and 30 publishing houses in many countries that uses its solution.

As a result of the deal Piano Media bids farewell to Slovakia and moves its headquarters to Austria from where it plans expansion to Austria, Germany and Switzerland, the region where growth in paid content is anticipated.