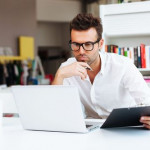 Although Post signed earlier a memorandum on cooperation with Swan, there was a delay caused by the difficulties Swan had with roaming access to the networks of other operators, which is also a prerequisite for Swan’s provision of services to Post.

Swan as the fourth mobile operator in Slovakia is entitled to national roaming from the other three established operators – Orange Slovakia, Slovak Telekom and O2 Slovakia, based on LTE licence conditions, as soon as its network coverage reaches a certain percentage of the population.

Based on an interim court decision, the operators must provide national roaming for Swan.

Orange and O2 claim that although there were some negotiations with Post, signalling interest in operating as a MVNO, they did not consider the negotiations as a tender process. Slovak Post claims it evaluated the bids of operators and ranked Swan first and Slovak Telekom second.