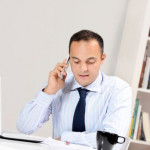 Slovak Telekom has successfully moved its entire customer base to the IP (Internet Protocol) based network.

The company is the second Deutsche Telekom subsidiary to switch to All-IP this year, following Makedonski Telekom in Macedonia in February 2014.

More than 35 percent of the DT customer base in Europe is now using the IP network.

The migration in Slovakia to an All-IP network is a vital step forward for the Deutsche Telekom Group on its way to establishing a pan-European, all-IP network and with that, becoming Europe’s leading telecommunications company. All 678,000 Slovak Telekom business and residential customers have been switched to the IP network.

“By moving geographically and switching one entire exchange area at a time we realized the maximum benefits of migrating to the IP network, due to the corresponding effect on energy and maintenance cost savings,”

“This concept was something we learned from our colleagues at the DT Group. We also copied the entire end-to-end cross functional migration processes blueprint. This is proof of the advantage of belonging to an international Group like Deutsche Telekom.”

Each time a national company goes through the IP migration, the lessons learned are added to a central blueprint that already contains input from experts from across the entire Group. This way, Deutsche Telekom can leverage its power as a truly European company.

Out with the old
During the migration to All-IP more than 800 tons of obsolete technology material were removed from Slovak Telekom sites, 51 PSTN local hosts were shut down, complete SDH and ATM networks switched off and in total more than 6,500 network elements were removed from the Slovak Telekom network. In the future, thanks to All-IP, Slovak Telekom can bring increased broadband service coverage, higher comfort and quality of services with more options and network management for business customers.

Slovak Telekom is already seeing notable savings on energy, support and maintenance and warehouse costs for spare parts they no longer need to store. The hardware that is now in use is also more stable than it was on the old standard.

“This is the result of two-and-a-half years of detailed planning and relentless execution,”