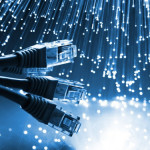 At the end of 2015, there were 807 providers of fixed broadband internet in Slovakia supplying 1.3 million users, according to statistics from regulator RU.

It said 458,000 of them connected to the internet via NGA networks, which is a year-on-year increase of 16 percent. NGA replaced DSL as the leading access technology, with VDSL included in NGA.