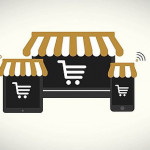 The electronic marketplace seems one of the biggest achievements of the Interior Ministry’s push to fight corruption. During the first year of its operation, the system helped save €54 million on sub-limit orders, the ministry claims. Though experts praise the system, they say it is not as ideal as the ministry describes.

“It is certainly one of the biggest anti-corruption measures in past years,”

Interior Minister Robert Kaliňák told the press in early March when presenting the results of the first year of the e-marketplace operation.

The system was designed for offices, municipalities and state firms to purchase common goods and services, with the commercial operation starting in the beginning of 2015.

The price range of sales is between €1,000 and €134,000 for state, though the others have a higher cap at €207,000. In the case of construction projects, like changing windows or installing floors, prices are capped at €5.2 million.

Among the biggest benefits of the system is improved transparency, anonymity, the clear use of public sources, and also reduced time necessary for making a purchase, according to Kaliňák.

Though Gabriel Šípoš, head of the ethics watchdog Transparency International Slovensko (TIS), praises the impact of e-marketplace on sub-limit orders, he stresses it is only a minor success compared to the total number of public competitions.

“Only 5 percent of the total volume of the competitions last year was done via e-marketplace,”

“If we want to improve the quality of state orders, we have to focus on big trades, like public-private partnership projects, highways or the IT sector, and not rely only on the e-marketplace which is only a supplementary form.”

Peter Kunder of the ethics watchdog Fair-Play Alliance (AFP) says that though the e-marketplace resulted in savings and easier purchases, but it is necessary to realise that the introduction of the system and its operation is not for free.

“Moreover, the methodology of calculating the savings is detached from reality,”

To illustrate the problem, Kunder picked an example of buying a paper for the office for which you allocate €1,000. Paper in the shop costs €900, but a company buys it for €880 via e-marketplace. The ministry claims that the company saved €120, but Kunder notes it is only €20.