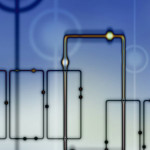 After three quarters of 2011 revenue exceeded total sum of revenues for the whole 2010.

In the July-September period SMT Software net revenues from sales amounted to PLN 8,27 mil., which translates into growth dynamics at the level of 90% in comparison to the third quarter of the previous year (PLN 4,34 mil.). Quarterly profit amounted to PLN 0,8 mil., which accounts for 10% of net revenues and 53% growth dynamics in comparison to the adequate quarter of 2010 (PLN 0,53 mil.). III quarter EBITDA (PLN 1,12 mil.) is 68% higher than the result for the analogous period of the previous year (PLN 0,66 mil.).

During this period the company finished development of iAlbatros system (iAlbatros S.A. – hotel booking for corporate customers) and started to implement the said solution in two French client companies. Furthermore, preparation stage of a subsidiary company MobiCare S.A. was successfully completed. The new company is going to start providing tele-care services in IV quarter of the current year. The biggest contract in this period was concluded with Institute of Genetics and Animal Breeding of the Polish Academy of Sciences.

Total value of the contract amounts to PLN 1,3 mil. gross. Similarly to previous quarters, such good results were achieved mainly due to continued cooperation agreements with Microsoft, Deloitte and BRE Leasing as well as sales activities performed by the branch in the Netherlands. Start of development works on projects that were acquired in the second quarter of the current year: web platform for Towarzystwo Zarządzającege SKOK, two IT project for EC Capital company and two web portals for TUiR Warta S.A and TUnŻ Warta S.A, had equally important influence on the said results.

After nine months of 2011 the company noted revenue at the level of PLN 22 mil. and thus exceeded the amount of revenue achieved in 2010 (PLN 18,16 mil.) by nearly PLN 4 mil. One should not forget about revenue generated by implementation and monthly subscriptions paid by SATIS (GPS tracking) customers. At the end of September 2011 the said revenues greatly surpassed the amount of revenue generated by SATIS in the 2010.

“Despite the holiday period, when usually business slows down, we managed to achieve revenue growth dynamics at the level of 90%” – said Sebastian Łękawa, Chairman of the Board at SMT Software S.A. – “I believe, that if it wasn’t for the summer period, our company would note even higher results. However, since it’s the fourth quarter that is usually the most financially beneficial for us, I think that the best period is still ahead of us.”