2014: already a strong year for IT outsourcing 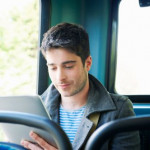 2014 is already shaping up as one of the highest-valued years in terms of IT outsourcing spend. The Information Services Group, the report says, has reported a €7bn spend on outsourced technology for the third quarter of this year.

IT in EMEA outsourcing contributed to a 15% increase in actual contract value for the first three quarters of the year compared to the comparable period in 2013. This adds up to make the year the third highest over the last ten years in terms of total technology spend.

Which, unlike some commentators, we think is a bit on the low side.

Think about it for a minute. If we’re talking pure-play technology outsourcing then it has to include cloud technology. And if there’s one area we keep getting told is positively exploding just at the moment then it’s cloud. If that’s growing steadily rather than positively steaming up the charts then either the hype is bigger than the reality (as if…) or there’s a correction to be recorded by the end of the year.

Of course, the one thing doesn’t preclude the other; the fact that marketers will habitually overhype their latest baby doesn’t mean there won’t be a new tranche of deals to report in Q4. All the same, we’ll be looking for the full-year figures in three months to see whether perceptions of cloud are actually ahead of the reality.