Switching IT Outsourcing Providers Easier (and Less Costly) Than Ever 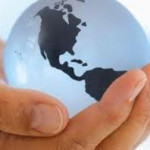 Until recently, the decision to change IT outsourcing providers almost always came at a high cost. But the advantage that incumbent IT service providers once had is disappearing as transitioning from one vendor to another becomes less painful.

“Back in the day, with the big ‘one-neck-to-choke’ model, when you switched providers you had to switch everything,” says Thomas Young, partner with outsourcing consultancy Information Services Group (ISG).

“But as the services supply chain continues to fragment by tower all the way down to out-tasking and implementing point solution, customers are much more likely to switch out those components,” Young says. “It’s the difference between switching out the stereo in your car and switching out the whole car.”

What’s Making It Easier for Outsourcing Clients to Switch?

Some other factors are contributing to an environment where outsourcing clients are more likely to jump to a competing outsourcing vendor than in the past. As buyers move from the very structured and prescriptive request-for-proposal model to a more open-ended, collaborative purchasing process, they’re able to obtain more standardized services from outsourcers. Thus, “the actual mechanics of switching involves less disruptive change,” Young says.

“If the old agreements were like marriages, these new agreements are more like dating. They have an easy-on, easy-off mechanism that’s implicit in that kind of relationship,” Young says.

In addition, some new pricing propositions may tempt customers to stray from their existing relationships. For the past year or two, labor automation has increased, enabling outsourcers to offer customers deals that are as much as 60 percent cheaper than in the past, says Young. Clients locked into deals with higher labor costs may find a compelling economic case to provider-hop.

Indeed, 2014 should be a record year for customers changing providers, says Young. “The game is on for service providers stealing work from one another.”

While most service providers will be able to poach customers from their competitors with their own new, more automated service offerings, they’re unlikely to want to lower the cost base for their existing customer. So “as they steal work, others will be coming in the back door to steal their work,” Young says.

Those vendors that stand to lose the most from this new dynamic are offshore outsourcers. “The providers that have the most at risk have business models based on a competitive advantage that’s anchored in labor arbitrage — that’s the Indians,” says Young. “The services supply chain of the tomorrow relies less and less on labor.”

Young calls the further automation of outsourcing “service-as-software” – a virtualizing of the physical outsourcing environment. “I’m seeing a lot of innovation in this area, with some vendors reducing workloads to the point where they need half the staff,” he says. That trend is most pervasive in networking and data center work today, but will eventually hit end-user computing, he says.

But big providers, like IBM Global Services, also stand to lose. “It sounds counterintuitive, but size is a liability at this point,” says Young. “They’re at risk not because they won’t be able to put new solutions in place, but because they may not do it fast enough for the market.”

Smaller, more nimble providers will have the advantage. The big providers would also rather try to extend the old pricing on contracts for even an extra quarter or two to manage this shift, but those customers could jump ship. “That’s the risk,” Young says. “It takes a while to turn a big ship.”

Customers are already taking advantage of such opportunities, and Young predicts that will accelerate as we enter next year. “The trend will be toward the easy-on, easy-off deal,” says Young. “At some point as the market matures, it won’t make sense to have these casual relationships and this churn. But we’re at the point right now where it’s advisable.”