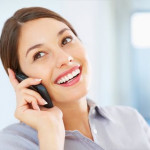 With the new loan, the EIB is financing Elisa’s investments in developing Finnish and Estonian telecommunication networks.

“Elisa is a pioneer in mobile communications in Finland and Estonia. Mobile data usage volumes in Finland are already the highest in the world. The volume of data will multiply in the near future, as more and more devices will be connected to the web through the industrial Internet, and video traffic will also increase. Environmentally friendly ICT and online solutions will also considerably reduce the carbon footprint,”

said Elisa CEO Veli-Matti Mattila upon commenting the need for the large investment.

“With the investment funding obtained from the EIB, we will have good opportunities to increase network speed and capacity, which are needed for the introduction of new services and applications. Also 5G is already at the door and we will contribute to its development through research projects and cooperation with device manufacturers”,

EIB said that the project is expected to contribute to the “Digital Agenda for Europe” initiative through the further development and expansion of mobile telecommunications infrastructure, and help to meet the target of broadband coverage at 30 Mbps or more for 100 percent of European Union citizens by 2020.

Elisa, headquartered in Helsinki, is a telecommunications, ICT and online service company serving 2.3 million customers in Finland and Estonia, where it has operated since the mid-1990s.