Telema and KMA Started to Cooperate 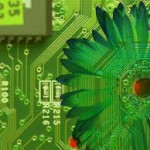 Telema started the collaboration with KMA to develop the Android version of our sales force automation service application Telema MMT.

Thanks to collabaration with KMA, Telema’s MMT clients can use the application from now on also using smartphones with the Android operating system.

Telema’s R&D director Toomas Veersoo said that Telema is following the trend of our customers abandoning PDA-s and starting to use smartphones:

To keep abreast of the changing times, it is necessary to have a version of Telema MMT for the Android platform. We were aware that KMA has the necessary development competence and that is how the cooperation started.

Sales force automation service Telema MMT is one of the key services of Telema. Already in 2001, the development of the service won the „Best Logistics Solution of the Year” award. The newest version of the PDA application, Telema MMT 4.0,  was launched in 2010. In September 2011, the Telema MMT Android version will be developed in collabaration with KMA.

We are very happy that through the collaboration with Telema KMA is able to spread our solutions to a wider audience.   We are always intrested in changing from competition to cooperation as it saves the resources on both sides and creates more value to common customers