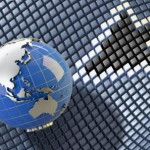 Another great year for Outsourcing has passed and another year is beginning. A number of organizations and experts have already predicted the Outsourcing trends for 2012. Based on those predictions there are a few countries that shaping up to be the forerunners. Some of them are present last year and some of them are just on their way.

Philippines has been the destination of Fortune 500 companies because of its high literacy rate and its knowledge of Western business.
It has emerged as a player in the IT services market (Web design, software development, application maintenance, etc.). It continues to excel in both call center services and the non- voice sector.

Considered the Silicon Valley of India, Bangalore has developed into a leading city for Outsourcing. India continues to be the number one destination. The country captured more than half of the industry with its IT and BPO export growing as large as $47 billion.

The vertical sectors in India include financial services (41 percent), high-tech/ telecom (20 percent), manufacturing (17 percent) and retail (8 percent). It was reported than in 2009, 2.2 million people are employed in IT and BPO industries.

The fact that India is the place of birth of Outsourcing guarantees the quality of service that a company will get. Aside from that, it has a large number of English speakers and the workforce cost is considerably low.

Dalian is dubbed the Bangalore of China. The city is houses a software Outsourcing park with 400 businesses that is estimated to increase a sale of 20 billion Yuan yearly. Currently, it is a part of the China’s “National Software Industry Bases” and “National Software Export Bases.”

The Outsourcing industry in China is comprised of KPO, ITO, and BPO. It has huge investors like Convergys, Accenture, IBM, HP, and AT&T. There are also local providers that have expanded globally such as Neusoft, Dextrys, Bleum, and Agumentum.

The Czech Republic is known for its reliable IT skills, political stability, and low rates. It has developed popular antivirus software AVG technologies and Alwil (Avast!).

In its quest to become an IT/Outsourcing powerhouse, its government has developed its own Science and Technology Parks located near South Moravia.

The main reasons why Russia is an attractive country for Outsourcing is its abundant high competency in mathematics and science. These skills that are necessary for engineering and complex algorithms. Intel’s Steve Chase even recommended Russia as a place to go to for complex programming.

Hungary’s IT industry is rapidly advancing with global companies such as SAP, Ericsson, Siemens, Nokia, and HP-Compaq as its investors.

Its market includes IT consultancy, Outsourcing, application development services and consultancy, integration, IT training, and implementation and support. Outsourcing is the largest with an average growth of around 6.7 percent that reached EUR 188 million in 2009.

Mexico is dubbed the “nearshore Outsourcing hub of the United States” with an estimated 95 percent of its clients coming from the U.S. Being in close proximity to U.S., it offers a convenient Outsourcing of software process for American companies.

The Mexican government has built three technology parks: Monterrey Technology Park for multinational companies; Apodaca Technology Park; and Guadalajara Park, which is situated in the center of Mexico’s own Silicon Valley.

Poland may be the country to watch out for in Outsourcing with its high IT skills.

Indonesia might just be starting to venture on Outsourcing but it is definitely making a huge impact. The country is strengthening its IT and IT-related services. As the country’s IT service market grows, most of these will concentrate on services that include system integration, professional services, training, support systems, internet services, and global sourcing.

The US Department of Commerce ranked Singapore’s Outsourcing market as the second-fastest growing globally.

Singapore is the offshore home to many global corporations, including Citibank, Credit Suisse First Boston, Hewlett-Packard, IMB and Microsoft. The high-end quality of Singapore’s environment makes up for the lower costs found in India or China.

With the Outsourcing industry expanding rapidly, it wont be impossible for other countries to play big roles in this game. It’s becoming a healthy industry with the internet advancing, business taking advantage of it, and communication getting more effective than ever.