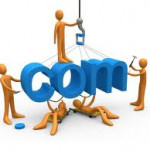 Sourcers on The Street(TM) founder Rob DiGiaro said, “As Sourcers on The Street(TM) expanded, and the needs of the membership grew and evolved, it became apparent that we needed to partner with a highly respected organization with vast resources As a 15-year member of OI, I was aware of its ability to nurture and grow an exclusive community, and serve and support its buyers in a discreet and confidential manner, all while maintaining OI’s neutrality and independence. In addition, OI founder Frank Casale’s philosophy on the importance of relationships and the power of network are 100% in-line with mine.”

Casale said, “Rob has done an amazing job creating and managing this group. The membership is impressive and the relationships are unlike anything I have seen before. Our primary objective from here forward will be to help the existing members get more of what they need while also growing the network both locally and globally.”

Founded in 1993, OI is the go-to neutral source for unbiased information, learning and networking opportunities in the ITO and BPO arenas. OI’s web portal, Outsourcing.com, launched in 1995, is the most visited portal of its type on the internet. OI’s 70,000 members worldwide represent all major industry verticals as well as all participants within the outsourcing ecosystem including buyers, providers, advisors, law firms, analysts, and the media.

Founded in 2008 and dedicated to the Banking, Financial Services, and Insurance (“BFSI”) space, Sourcers on The Street(TM) is an elite, private network composed of Wall Street’s most seasoned IT sourcing professionals. This exclusive group of sourcing executives has influence over tens of billions in annual tech spend, and is a barometer of the IT wants and needs of the BFSI community. Spend categories include but are not limited to hardware, software, networks, telecommunications, professional services, asset management, training and outsourcing.