There’s a Culture shift on IT Outsourcing, Cloud Computing 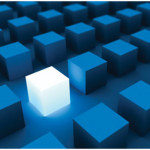 Nearly 60pc of IT and business decision makers now believe organisations must place the priority on outsourced infrastructure over traditional in-house services, a study from global cloud infrastructure and hosted IT solutions provider Savvis suggests.

The study also reveals that three out of five survey respondents agree that owning and operating in-house IT infrastructure drives up costs and wastes resources. This view marks an increase from 2010, when 38pc of IT decision makers attributed IT ownership to waste in resources and higher costs.

“This study reveals a significant shift in the way organisations analyse and approach IT services,” said Bill Fathers, president of Savvis.

“IT departments are now looking to strengthen collaboration, efficiency and competitive agility – and they’re turning to secure, outsourced environments and cloud computing to help meet their objectives.”

The need for increased agility is leading half or more of the decision makers in the US, UK and Japan to increase the amount of infrastructure they outsource.

The majority (56pc) of surveyed IT executives keep most of their infrastructure in-house, with the practice more prevalent in Japan, where 78pc of respondents indicated reliance on in-house services.

The survey also shows continuing momentum for cloud computing, with 85pc of organisations saying they use private and public cloud for storage, big data analytics and other applications.