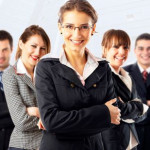 Microsoft is handing off some its digital advertising business to AOL and selling its street-image mapping operation to Uber, as the giant software company tries to focus on activities more relevant to its core business.

AOL, meanwhile, is adopting Microsoft’s Bing search engine, replacing Google as the default option for visitors who want to search the Internet on AOL websites. That means Microsoft will get a share of revenue from advertising that’s tied directly to Internet searches performed on AOL.

But Microsoft, which is based in Redmond, Washington, will let AOL take over the selling of other types of advertising on Microsoft websites and apps, including MSN, Skype and Xbox. An AOL Inc. spokeswoman said the New York-based online media company will extend job offers to all 1,200 people who worked in Microsoft’s advertising business.

Microsoft Corp. CEO Satya Nadella has been saying he wants to focus more on the company’s core software business and related services, while warning employees of the need to “make some tough choices in areas where things are not working.” Microsoft representatives indicated Monday that both the AOL and Uber deals are an outgrowth of that strategy.

Under its agreement with AOL, Microsoft is unloading a business that’s declined in importance over recent years. Microsoft has steadily increased its sale of advertising related to searches on Bing.

But revenue from other kinds of advertising, known as “display ads,” had fallen to about $250 million in the last quarter, or about 15 per cent of all Microsoft ad revenue, according to figures compiled by industry analyst Jan Dawson of Jackdaw Research.

“Display advertising is a tough business for them. Search is more lucrative,”

Microsoft and AOL declined to reveal details of how they will share revenue from the new pact. Both companies characterized the deal as a win-win because Microsoft will gain more search advertising while AOL, which has been beefing up its display business, will now add Microsoft’s websites to a host of other online properties where AOL can place messages for advertising clients.

Uber, meanwhile, has been investing in developing its own street-navigation technology. The San Francisco-based ride-hailing service is acquiring a small unit of Microsoft that collected visual images of streets and buildings for Microsoft’s Bing Maps service. Microsoft indicated it will rely on other companies to supply it with that data in the future.