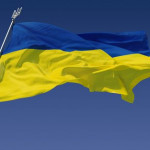 Bloomberg published a list of the most innovative worldwide countries of last year.

Its Specialists ranked the countries based on their overall ability to innovate and identified the Top 50.

Ukraine has significantly improved its position in the overall ranking, leaving such countries as Hong Kong, Iceland, Brazil and others behind. In two out of the six categories, Ukraine is in the Top 5 of one and the Top 10 countries of the other. Want to find out what position Ukraine has taken? Check out the blog post below.

Ukraine’s overall position is 33rd. Last year it was 49th, and the best position before last year was 42nd which was in 2013, so Ukraine has showed some really notable improvements over the last year.

The best results were shown in two categories: Postsecondary Education and Patents.

Postsecondary Education activity was measured according to the number of secondary graduates enrolled in postsecondary institutions and the annual number of science and engineering graduates as a percentage of the labor force. Ukraine has taken 5th position in this category, losing only to South Korea, Russia, Finland and Israel.

Good result was also shown in category of Patents. The patent’s metrics were measured according to the number of patents per 1 million population and per $1 million of R&D spent. In this category Ukraine is in the top 10 countries, losing to such countries as South Korea, Japan, China, United States, Germany, Russia, United Kingdom, New Zealand, and France.

Ten largest tech companies, by market capitalization (as of Jan. 16)

Bloomberg has also named the ten largest tech companies by market capitalization. The richest remains Apple ($625B), second – Microsoft ($377B), third place go Google ($342B). Other top places include Facebook, Oracle, Intel, IBM, Tencent, Cisco, and Qualcomm. It’s not a surprise that the US finishes way ahead of the other countries as everyone knows this is where Silicon Valley and other innovation clusters are based. All the companies are American, except Tencent which is a Chinese company.

Interesting results were show in the category – Research Personnel. The most important metrics in this category is the number of professionals working in R&D development. #1 in this category is Finland. After Nokia was sold to Microsoft, the Finnish government understood that they need to diversify and make better use of their engineering talent.

As a result some new popular tech and gaming companies have appeared, for example Rovio, the company that created Angry Birds.

Finland is followed by Iceland, Denmark, Israel, and Singapore, so this is a category where small countries are taking the lead. Smaller counties tend to have more open economies and this results in more export and import goods.

Free trade allows them to become centers of brain power. For example, Iceland is the leader in genomics, Denmark – in pharmaceuticals, Israel – in software, Singapore – in electronics.