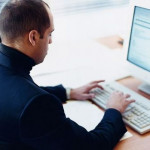 According to the recently published Global Games Market Report 2014 by NewZoo, as of today Ukraine has earned $118 million in games revenues, and currently ranks #40 globally in the List of Top 100 Countries. The rating is based on a combination of primary consumer research, quarterly company reports, transactional data, and census data. Total revenues are based on consumer revenues from games and exclude hardware sales, b2b services, taxes and online gambling revenues.