Ukraine wants to become the Silicon Valley of Europe 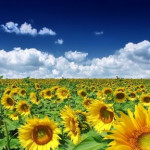 Despite the ongoing military and political uncertainty, the Ukrainian IT industry is going strong, experts say. The country IT outsourcing industry is a $2 billion market, with 500 firms, more than 50,000 engineers, and 25 – 30% growth rate, according to the national project Innovative Ukraine.

Ukraine was also ranked first among the countries of Central and Eastern Europe in terms of ”the largest number of staff employed in IT” and ”best market value in IT-outsourcing” by the CEEOA in 2013.

In response to industry concerns the Ukrainian Embassy in the U.S. has launched a campaign, Supportukraine.us, aimed at Western businesses, urging them to increase their offshoring services to Ukraine. It highlights that outsourcing to Ukraine offers cost-savings from 40 to 75%, as well as its government’s support of the IT industry through tax exemption.

It also gives companies the ability to support democracy and people, who have been striving for more effective institutions and better business environment. Several U.S. companies have already outsourced technology work to Ukraine, including IBM, Chrysler, Pepsico and Dell.

The campaign was also dedicated to the implementation of the Governmental initiative announced in April by the Minister of Economic Development and Trade Pavlo Sheremeta to make Ukraine a European Silicon Valley.

CEOs of 7 largest IT outsourcing companies and the minister signed a program for IT market development. Its objective is to transform the market by improving educational, professional and social security standards. As a result of common efforts some new 100 000 software engineer jobs are planned to be created by 2020. The ultimate goal is to make Ukraine a Brain basket of Europe.