Ukraine turns on the charm 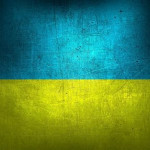 It may be a crisis-stricken region on the brink of full-blown civil war, but Ukraine is determined to prove it can be a massive force in IT outsourcing. It has the fourth largest number of IT professionals per country in the world, it believes, and its diplomats have started pitching it against Moscow as a country in which to do business.

The value of the outsourcing market in the region has reached $1.5bn. The country has set up a website at www.supportukraine.us to promote itself, although the political nature of the text – it starts by stating that it needs defending against Russia and this is why people should invest – may put some people off (we’d expect people would want business reasons rather than political or moral ones before putting money into it).

The country is seeking to grow its market to $10bn by 2020. On the plus side, most of the employment in technology is happening miles away from any fighting, and the country itself has gone on a charm offensive to attract business. It hosted a glitzy event in New York this week for just that purpose. And of course when you’re talking cloud services it doesn’t matter where you’re based from a technical point of view (legislative issues are a different matter). On the minus side, and it’s quite a substantial minus, the country is still in conflict and it may get worse.