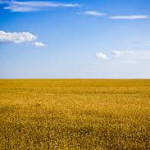 Ukrainian government in collaboration with major IT players has announced the launch of a joint project. The goal of this innovative project is to make Ukraine a driving force in the European IT field.

The initiators of the program hope to stem the outflow of Ukrainian developers abroad. The program involves the creation of good conditions for work and life of IT-specialists, motivating them to stay in Ukraine. In addition, by 2020 it is planned to create up to 100,000 new job positions in the IT-sector.

More than that, the project wants to improve the quality of Ukrainian IT specialists training: it is planned to invest $ 1 billion in the expansion and modernization of the IT education system of Ukraine.

“We wish to transform the Ukraininan economy from a resource based to knowledge based one“,

says Mr. Sheremeta, the Minister of Economic Development and Trade.

The participants also discussed the following areas: e-government and IT- services export. Companies’ representatives developed ambitious plans for further development of IT market segment, allowing Ukraine to reach $ 10 billion in exports annually by 2020. IT aims to become the leading export industry of the country, providing more than $ 20 billion full-year revenue by 2025.

As a result, government and leading IT-outsourcers agreed to organize working groups in these two areas to developed a further plan for the next 6 and 12 months.