IT Deregulation Brings Ukrainian IT Success 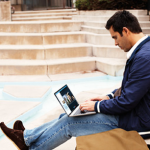 Despite all the challenges that the society of Ukrainian faces today, deregulation remains one of the fastest-moving reforms.

The Ukrainian government has recently been working on a deregulation plan for 2015-2016, which contains 130 of the most painful issues that need to be dealt with along with naming a person who will be responsible for the implementation and a time frame for this.

At the same time, the IT industry is one of the most active drivers of Ukrainian’s economic growth.

Check our blog post to find out what exact IT deregulation steps have been made by the Ukrainian government over the last years. 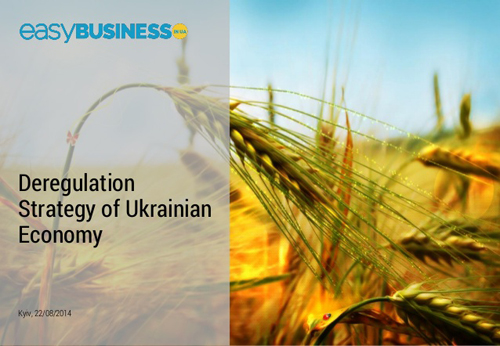 The Ukrainian IT industry accounted for more than 2% of the gross domestic product in 2014. The annual growth over the last three years has been more than 30% each year. This has resulted in adding up to $350 million with around 300,000 employed specialists.

The Ministry of Economic Development and Trade of Ukraine, the non-governmental organization EasyBusiness, and a number of IT experts have been working on implementing several deregulation initiatives in the Ukrainian IT industry.

Simplifying the process of getting work permits for foreign specialists

Globalization is a key element of today’s world development. Qualified foreign IT specialists play an important role in the ability of IT companies to implement innovations and develop high-tech products. This is possible only because of their access to some of the best worldwide practices and knowledge bases.

On the other hand, simplifying the process of getting work permits for leading specialists of IT companies bring foreign investments to the industry. According to the changes in Ukrainian laws, a work permit has become more accessible for certified and high-quality IT specialists, both founders and shareholders of the companies, and alumni of the world’s top 100 universities.

A number of simplifications have been implemented: reduction of the time for decision making by a state representative from 15 to 7 days, reduction of work permit delivery from 10 to 3 days, abolition of two certificates that are necessary to obtain a work permit, as well as reduction in the fee for work permit renewal.

Prohibition of physical removal of IT companies servers

This was a real problem for Ukrainian IT companies. A new deregulation issue developed and incorporated into Law #1580 solved the problem of police officers abusing their powers to remove servers. Small and medium IT companies suffered the most from such laws.

Right now the new amendments state that if the police need information, which is stored on USB flash drives, storage disks, or servers during the process of investigations, they must take a copy of the needed information without the physical removal of these storages. Removal of servers can be made only in cases when they contain physical evidence of a crime (for example, fingerprints).

In addition, the court decision should contain an exact specification of the data storage carrier that should be extracted from the business entity.

Before last year, all franchising contracts in Ukraine should pass a state registration process. That registration issue existed for more than 10 years. Such regulation was obligatory, but the government hasn’t provided a clear mechanism of registration. As a result, companies couldn’t meet the legal regulations and continued their business under such high-risk conditions. But this issue was abolished due to adoption of law #1580 on deregulation.

Also, right now the Ministry of Economic Development and Trade and industry experts are working on a draft of a law on protection of intellectual property rights. At the same time, EasyBusiness and the Ministry is initiating a number of roundtables to discuss possibilities to make an investment of up to $20,000 without getting a license from the National Bank of Ukraine. This is especially important for venture capital funds that are eager to make investments into Ukrainian startups.