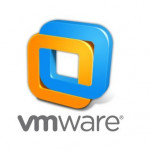 VMware, the global leader in virtualization and cloud infrastructure, announced the general availability of VMware vCloud Hybrid Service in Europe from a data center in Slough, UK. Complementing VMware’s existing US data centers, the Slough data center provides customers with a European location that addresses UK and EU compliance and data sovereignty demands.

“Customer response to the UK public beta of VMware vCloud Hybrid Service has been tremendous,”

“VMware is uniquely positioned to deliver the best of both worlds: the compelling economics and agility of a public cloud, yet fully compatible with a customer’s existing data center, applications, management tools, networking and security. As a result, VMware vCloud Hybrid Service solves key business issues allowing organizations to seamlessly extend their data centers to the cloud – linking both private and public cloud together to create a truly hybrid cloud.”

Data Sovereignty in the Cloud Era

IT organizations are turning to public cloud to enable their business partners with new services and capacity, but recent revelations have put data privacy, security and sovereignty high on the list of customer concerns. A UK data center helps VMware’s European customers address local data privacy, security and sovereignty issues, while taking advantage of a public cloud from a global leader.

A recent survey of 200 VMware enterprise customers in the UK conducted by Vanson Bourne, an independent and specialist market research provider for the global technology sector, revealed that 86 percent of respondents believe that it is important to ensure their business critical data is stored with a UK-based cloud service provider. In addition, the survey found that 52 percent said that they are required to follow industry data residency regulations and/or compliance standards. Twenty percent were unaware where all of their data, including mission critical data, currently resides.

Delving deeper into existing cloud usage, the survey found that 85 percent of the customers surveyed said that their current public cloud is either not integrated or only partly integrated with their own data center, requiring applications to be recoded to migrate workloads, and 81 percent agreed that they needed a solution that makes their public cloud as easy to manage as their own infrastructure.

“By moving to a single hybrid cloud platform with VMware vCloud Hybrid Service, we’ll be able to treat our private and public clouds as a single entity, moving workloads out into the public cloud when necessary without needing to invest in additional hardware,”

“With VMware vCloud Hybrid Service, my IT teams will be able to quickly launch new products and services, investing in either public or private cloud as appropriate.”

With vCloud Hybrid Service, channel partners play a key role of integrating private and public clouds and delivering hybrid solutions to customers. The service was designed specifically with the channel community in mind. VMware distributors and solution providers can now sell vCloud Hybrid Service the same way as any other VMware product.

“We were one of the first companies in the world to see VMware vCloud Hybrid Service in action as we took part in the US early access program with one of our customers, Biomni,”

“We’ve all been really impressed with what we’ve seen. VMware vCloud Hybrid Service is a seamless extension to existing VMware investments and it brings true hybrid capability not just too new workloads, but to existing virtualized workloads and workload blueprints.”

“Resellers will have the opportunity to offer additional hybrid cloud capabilities and management tools as well as consultancy,”

“Both partners and resellers will also have the ability to differentiate vCloud Hybrid Service in line with industries or applications bespoke to their customer base. As we roll out the service across Europe, this will open further opportunities for our partners across a broad variety of European markets.”