Why Are Shared Services Being Taken Up More than Normal Outsourcing? 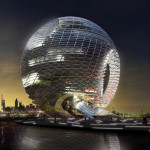 Some interesting research from KPMG last week revealed that while demand for outsourcing is increasing it is the shared services element that is growing the fastest.

According to KPMG research into outsourcing trends, over half (52%) of organisations in North America, Asia and Europe increased investment in shared services during the last quarter. This compares with 37% that have seen increased demand for traditional IT outsourcing, and 27% for business process outsourcing (BPO).

These large companies are creating platforms to support things like HR and finance centrally with a global business service. Rather than have a different service for every region they can share them across the globe. This cuts costs and importantly allows the business to retain control of vital operations.

There are different ways of doing this. Companies can keep the global business service in-house, outsource it to a supplier or have a hybrid model.

Lewis says most large companies prefer to keep it in house. “It is a growing trend and is being used by many global businesses because it is ultimately more cost effective. It is easier to integrate, coordinate and more efficient than having it provided by an external supplier,” said Lewis. “It makes a lot of sense in the public sector to outsource to a supplier but in the global business sector there is more insourcing.” As a result there is a huge potential market for outsourcing these global services.

Also this week, Cabinet Office minister Francis Maude talked about mutuals in the public sector. These mutual will run the back offices of government departments and be owned by three groups: the staff, the government and a private company that will run the service.

The first one is already being set up. The My Civil service Pension (MyCSP), which will administer public sector pensions, is the first example of a new way the government will work with suppliers.

MyCSP was announced earlier this year as the first example of a government body spun out into a mutual and partnered with a private sector company. MyCSP will administer 1.5 million civil servant pensions, and will be owned by three groups: the 475 staff, the government and a private company that will run the service.

Back in November Katharine Davidson, director of strategy in the Cabinet Office Efficiency and Reform Group (ERG), said the My Civil service Pension (MyCSP) mutual currently being set up will be the first example of a new way the government will work with suppliers.

Maude reiterated this yesterday. Speaking at Intellect’s World-Class Public Services conference he said mutualisation will be the future model of public sector services.