World Economy – Outsourcing of IT Is Expanding This Year 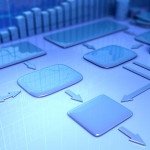 While the IT services market in Hungary is somewhat reduced, can expect an expansion of IT outsourcing, mainly because of the banks and insurance companies outsource more business – by the global economy.

This page was published on Friday, IDC (International Data Corporation), a market research company forecast a description they write that in Hungary last year 853.1 million dollar IT services sold this year will be $ 842.8 million, and next year the market will begin to grow, and 2016 to reach 974 million dollars.

Akos Kalmar T-Systems Sector Director of the magazine, said that the economic crisis, companies are increasingly focusing their resources to core activities. The reason for this is that the outsourcing (outsourcing) dynamically expanding the sector as a whole.

The crisis is the biggest breakthrough in banks and insurance companies was, is now willing to outsource IT activities, which is three to four years ago was unimaginable.