Worldwide IT Outsourcing Market Grew 7.8 Per Cent in 2011 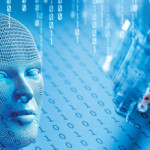 Worldwide IT outsourcing (ITO) revenue totalled $246.6 billion in 2011, a 7.8-per cent increase from 2010 revenue of $228.7 billion as India-based IT services providers and cloud-based services delivered the highest growth rates, according to a report by technology market research firm Gartner Inc.

“Strategies will vary as clients are likely to pursue hybrid cloud strategies requiring providers to deliver some asset-light and some asset-heavy offerings – which will result in varying growth trajectories among competitors over the next several years,” Britz added.

IBM maintained the No 1 position, as its revenue grew 7.8 per cent, and its revenue accounted for 10.9 per cent of ITO revenue. IBM was the No 1 ranked provider in all regions.

Forty-three providers booked 2011 revenues of $1 billion or more. This group of providers collectively grew by 9.5 per cent during 2011. After excluding India-based IT services providers, cloud-centric providers, and providers that made sizable acquisitions during the year, the remaining group of large ITO providers grew by only 6.5 percent during 2011.

“For many leading providers in the ITO market, 2011 revenue results demonstrate how challenging simply maintaining a market share position has become, much less gaining share – and this challenge is likely to worsen over the next few years for providers that do not address these forces,” Britz said.

He concluded, “The challenges are likely to spur consolidation to augment growth, posing risk to the consolidators, because acquisitions have been a challenge in the IT services market.”