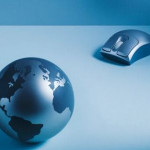 There’s some good news for CIOs who struggle with communication and language issues offshore — and sometimes onshore as well. Global business English proficiency, on average, has increased during the past year, according to tests given to global employees in 78 countries.

GlobalEnglish, a Brisbane, Calif.-based provider of on-demand English language instruction to customers including Deloitte, Unisys, and Procter & Gamble, analyzed the test results of 212,883 non-native English professionals to create its annual Business English Index (BEI) rating the English proficiency of countries and industries on a scale from 1 to 10.

A score of 1 indicates an ability to read of communicate using only simple questions and statements while 10 represents the capacity to communicate and collaborate in the workplace much like a native English speaker.

The average 2013 BEI score globally was 4.75, up 14 percent from the previous year. While that’s a step in the right direction (2012′s average BEI score had revealed a decrease in proficiency), there’s plenty of room for improvement. The score indicates a workforce that can understand business presentations and communicated descriptions of problems and solutions, but can only take a minimal role in business discussions and the execution of complex tasks.

“The BEI is an average, and the fact that companies in these fields continue to deploy people that are level one to four indicates that the combination of consultative or functional capability and adequate business English is still too expensive or does not exist at scale in many regions,” says Global English president Tom Kahl.

The test for non-native English speakers assesses not only knowledge of the language itself, but also language application across different media from email to phone, language use in different contexts such as presentations or sales meetings, and understanding of nuance and complexity in business situations.

The Philippines, known for its call center and business process outsourcing capabilities earned the highest BEI score globally for the second year in a row with an intermediate score of 7.95, followed by South Africa (7.68). Both countries have English as an official language.

And professional services (6.22) and technology (5.72) were the second and third highest-scoring industries worldwide, just behind aerospace, but still ranked as “basic” English speakers. That’s not suprising, according to Kahl.

“For Technology, we have reached a point where a lot of the right skill sets can only be found at adequate scale in non-English speaking regions. The technology universities and school systems creating entry-level technology workers are doing an inadequate job of addressing the issue, [but] companies have only really just started to address the issue themselves,” he says.

Newer growth markets for technology are starting much further back than tier one cities in India or China, and naturally bring down the average. Extensive growth in the global professional services markets have caused some companies to relax their English requirements in order to fill seats, says Kahl.

Looking at the so-called “BRIC” nations, there was significant variation in results. India (6.32) was the best of the bunch, with a score close to the highest performers. Russia (3.95) and Brazil (3.27) fell in the beginners category significant variation among the BRIC nations. China (5.03) was just shy of the U.S. (5.23) in English skills (In the U.S., the majority of test takers were foreign-born engineers and scientists, according to Global English).

“Many of the companies located here have been trans-nationalizing within the region and are only now focusing on their global expansion or global presence,” Kahl says. “There’s a strong need but an equally strong commitment to developing the Business English skills of employees in this region.”

In addition to analyzing test scores, GlobalEnglish also surveyed 24,000 global knowledge workers from more than 90 countries, and found that the average time saved as a result of improved English skills was two hours or more per week. That’s a decent ROI, says Kahl, who estimated the each hour saved would net $750,000 per 1,000 employees to the bottom line.

CIOs aren’t likely to need convincing in that department. But the service providers might. “We always recommend asking the provider if they’ve conducted a credible third party assessment of their employees’ business English,” says Kahl. Outsourcing customers should consider a vendor’s commitment to English proficiency when making their selection and look to a provider’s leadership for clues.

“With regards to motivation and encouragement, it’s our experience that it often has to be made a strategic imperative; a directive from the top,” Kahl says.