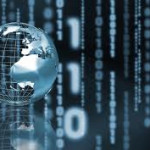 For years, there were the so-called tier 1 offshore outsourcing providers — the Tatas and Cognizants and Wipros of the world — and then there was everyone else. But market dynamics are making midsize IT services players more attractive to buyers today.

Outsourcing customers are no longer interested solely in scale or price, says Hansa Iyengar, sourcing and vendor management analyst with Forrester Research. They’re seeking agility, flexibility, vertical alignment, responsiveness and trust. And they may be more likely to find that in a smaller, more focused provider.

“As deals get smaller, scale as a major differentiator is losing sheen. This gives smaller tier 2 players scope to compete for deals where they had thus far never been invited to participate in,” says Iyengar. Customers are also looking for more bang for their buck. “The cost arbitrage argument played in favor of larger vendors based on the economies of scale principle,” Iyengar says. “But the tables are turning now, and skills are being valued more than cost.”

Large scale vendors still capture the majority of offshore IT deals. As some customer consolidate their sourcing portfolios, they will continue to seek the breadth of end-to-end service that only the big providers can deliver. But midsize players can be a perfect fit for the small to midsize customers overlooked by larger vendors and for smaller, more intimate deals with Fortune 1000 companies, says Iyengar.

Specialization is a big benefit of the midsize option. These vendors tend to have deep expertise in domains such as air traffic management and passenger analytics for airlines, core banking and treasury solutions for financial services, or port operations automation and freight management for logistics.

That intimate knowledge of the problems in a particular industry and understanding of how to solve them often gets overlooked – and the providers themselves may be to blame “In their eagerness to paint themselves in the image of a larger vendor, many midsized vendors fail to articulate the very niche skills and value proposition that they can bring to the table,” says Iyengar. “So their hidden’ abilities are underestimated.”

Midsize providers, eager to grow business, also focus more on customer satisfaction than their tier 1 brethren. They’re willing to adapt to clients’ pricing, delivery location, and staffing requirements. About 95 percent of their engagements are less than $5 million in value, according to Forrester, so they must be flexible to win, retain, and increase share-of-wallet from customers “A major factor in the midsized vendor’s favor is their willingness to bend to the clients needs,” says Iyengar.

“They don’t mind taking risks.” In fact, it’s been the second tier providers who have lead in adoption of new outcome-based pricing models and offshore-agile development, for example. Now the large vendors are playing catch up, Iyengar says. That customer focus also means buyers are willing to trust them with front office initiatives they might not give to a bigger company.

In addition, mid-market providers are better at attracting and retaining talent with attrition levels, particularly at higher levels within the management and technical delivery teams, well below 10 percent, according to Iyengar, compared to the industry average of 14 to 17 percent. Large vendors have a reputation as a good place to start and IT career, but not a great place to advance.

rofessional grows in their career, he or she looks for challenges in the form of work on cutting edge technologies, client-facing roles, and novel delivery models,” says Iyengar. “It is also easier for talented people to get noticed faster in a smaller vendor organization than at a larger one, hence career progression is faster.” Smaller vendors tend to invest more in continuous training and development, Iyengar says, which leads to less job-hopping.

The Risk of Midsize IT Outsourcing Providers

The biggest risk with a smaller vendor, however, is staying power. “[They] are potential acquisition targets,” says Iyengar. [And] sometimes they don’t have the deep pockets needed to weather financial crises which may cause delivery issues.” The best way to mitigate those potential problems is to have clear visibility on the vendor’s financials and to put in place a contingency plan for all possibilities.

Despite those challenges, mid-market providers are thriving today, says Iyengar. “Most of the midsized vendors saw above industry average growth in their revenues and margins, while the larger vendor set was floundering during the financial crises,” Iyengar says. “Their major challenge is the lack of brand visibility in key markets, which is a hindrance in their growth.