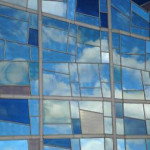 Outsourcing in a Post-Recession World

The current economic crisis in Western Europe and the US has adversely affected nearly all industries globally. The financial crisis resulting from the subprime crisis in the US has forced companies and even entire countries to adopt austerity measures in order to keep costs/debts down to improve on the bottom line or decrease losses. This drive to decrease costs has resulted in layoffs even in case of larger corporations and many businesses have been forced to cease operations or merge with other companies. Ironically, outsourcing, a key cost reduction tool for many companies, has resulted in the deepening of the crisis. Some of the main costs of outsourcing are as follows:

Job Losses in the country of Origin

Most critics consider this as the single greatest cost of exporting jobs overseas. In western economies currently witnessing high levels of unemployment, the governments are under pressure to create new jobs and this trend tends to undermine their work creation initiatives. In many developed countries, citizens avail unemployment benefits and increased levels of unemployment tend to drain the exchequer further thereby pushing the government deeper into debt. To reduce such job losses, many countries have enacted laws to curb the hemorrhage of jobs from the country of origin to a foreign location. Such legislation is however self-defeating as in many cases, as they harm the profitability of businesses resulting in even more layoffs.

Partial or Complete Loss of Control

Companies who export jobs overseas often complain of partial and sometimes complete loss of control over the outsourced tasks or processes. This results mainly due to time zone differences between the offshore center and the company outsourcing the process. This loss of control can have severe repercussions as it decreases the company’s flexibility in adjusting to rapidly changing market conditions. Measures to present this perceived loss of control include the deputation of a representative to oversee operations as well as periodic evaluations of individuals operating in the overseas center.

In many cases, the outsourcing partner tends to carry out activities which though acceptable in the local market, may not be acceptable to the operating standards of the outsourcing company. Such differences can damage the co-ordination between the companies and erode many of the potential benefits of an offshore alliance. Cultural clashes are also inevitable in many cases and to reduce such problems, many offshore software development companies arrange for its employees to undergo various training programs to reduce the culture shock produced by such situations. Recent allegations and investigations into Walmart’s involvement in corruption rackets through its overseas intermediaries is a case in point regarding the work ethic clashes that can occur due to outsourcing.

Involving a third party in company operations poses a risk to the outsourcing company. The act of outsourcing is capable of revealing a company’s trade secrets to undesirable elements, who might utilize such information for sabotaging company operations. This perceived risk has led many organizations specially those in the financial sector to move operations to foreign countries or involving a third-party in its operations. However, many organizations continue to employ customized security solutions created by offshore development centers to ensure adequate protection of sensitive data. In many countries, government restrictions are also in effect, which reduce or eliminate the transfer of financial operations to foreign locations.

Why is Outsourcing Still Growing?

In recent years, the growth of the offshore markets has witnessed a slowdown due to the pressure of government restrictions as well as the costs of outsourcing as discussed above. However, the market is expected to grow further in the short to mid-term as companies continue to pursue the holy-grail of maintaining profitability even in the face of government restrictions and public outrage against the loss of jobs in the country of origin.