10 Reasons to Outsource to Ukraine 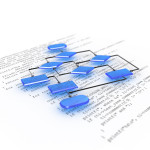 When it comes to outsourcing IT part of some business there is always a great deal of questions popping up: where to go, which peculiarities to consider, is lower cost always better in the long run, etc.

In this article we would like to draw your attention to Ukraine – the recent host of UEFA Euro 2012 Championship, which has not only successfully held the world’s famous sports event, but is also a well-known destination for IT outsourcing in Eastern Europe. What makes it one of the top popular locations for multiple businesses to bring their IT over? Here are 10 major reasons inducing businessmen to outsource to this particular country:

1.    Mature IT / BPO market: it started increasing fast back in 2003-2006, when Software Development in Ukraine was mostly in offshore projects. From 2006 until 2008 the market stabilized and 800 IT companies with 14 thousand of staff on board continued their work. While global economy was recovering from the crisis, the demand for the Ukrainian programmers grew. And even though Ukrainian IT market still faced certain obstacles of the world crisis at the end of 2008, post-crisis development returned into rapidly growing sector already in early 2009. According to the 2010 Global Services 100 list, Ukraine held 11th place among 20 leading countries in the field of IT Outsourcing and High Tech Services. Today it is by far one of the most developed IT markets in Eastern Europe.

2.    Available and high quality labor: thanks to an excellent educational system with 87% of high school graduates going to colleges and universities, and 35% of those students choosing IT related subjects, Ukraine has a lot to offer. In 2009 alone there were 700 thousand technical students and over 168 thousand IT and computer science graduates. In 2011 Ukraine has been named the Top destination for IT Outsourcing in Gartner’s List of Top 30 Outsourcing Locations. In addition, it was the 4th in Top 10 Countries with the most certified IT professionals, following such giants as United States, India and the Russian Federation. Basically Ukrainian pool of IT talent is not only large, it is highly educated and top qualified.

3.    Attractive fees: by establishing IT development in Ukraine, US and Western European companies should expect to save from 40%-60% of their total IT expenses. The cost of living in Ukraine is lower than in Western Europe by approximately 6 times, while an average salary of a programmer here is about 3 times lower. Two second largest cities of Ukraine Kharkiv and Dnipropetrovs’k rank 3 and 5 accordingly in terms of cost effectiveness in FDI Magazine’s rating of Top 5 Major European Cities. The quality of work that is performed here with creative approach is undeniable.  Software products provided in Ukraine are in a perfect balance of a low price and high quality. And even though many Asian IT outsourcing service providers cost cheaper, do not forget that a miser pays twice.

4.    Strong educational system: according to the UN research, the level of education in Ukraine is slightly ahead of a few developed European countries such as UK, France and Switzerland, and a little bit behind Sweden and Germany. Overall adult literacy is pretty impressive – 99,7% for both sexes, combined gross enrolment ration in education is 90% for both sexes and average years of schooling is 11,3 years for both sexes. Ukraine still practices free higher education, thanks to which over 40% of young Ukrainians get higher education every year. More than 700 thousand students graduate each year in Ukraine. In addition, students are provided by foreign language courses while studying computer sciences. Therefore programmers can effectively communicate with colleagues around the world.

5.    Solid R&D base: Central and Eastern Europe Outsourcing review has vividly shown the trends in IT outsourcing industry through crunching some numbers and coming up with the following results: IT services export has grown by 83% while IT infrastructure support increased by 65%. The number of providers with partly or entirely foreign capital has expanded by 58% with unskilled specialist shortage increasing by 54%. Outsourcing services consumption in the internal market augmented by 48% while deployment of quality management systems enlarged by 41%. Market consolidation processes expanded by 37% as well as in-house product development increasing by 24%. Improvement in government support of software development, IT outsourcing and IT support industry in general has grown by 17% and Market decentralization by 8% accordingly.

6.    Small time difference: Ukraine has only 1-2 hours of time difference with Western European countries, which enables a closer working relationship and allows for schedules to overlap, enabling a more regular communication, and a better efficiency along with a tighter partnership. With US partial time overlap is also an option.

7.    Geographic proximity to Western European and U.S. Markets: the capital of Ukraine – Kyiv is among the 25 safest cities for nearshore and offshore outsourcing. It has also been included in Tholon’s List of Top 50 Global Emerging Outsourcing Cities. Ukraine’s location is close to Western Europe and the travel for the United States and European citizens to Ukraine is visa-free, which makes it more convenient than even a few years back.

8.    Cultural similarity: being part of European community Ukrainian people have a lot in common with Western Europeans. Open minded and creative Ukrainians will communicate in the traditional Western style with anyone willing to accept their unique sense of humor and positive thinking often hidden behind serious look on their faces. Such approach will definitely make your work with them more interesting and enjoyable. National interests of this country are rather wide yet have the European direction in terms of development: that is membership in World Trade Organization, International Monetary Fund, World Customs Organization, European Bank for Reconstruction and Development and other international organizations.

9.    Infrastructure, Laws & Rights: Ukraine is a young country with developing market economy and current situation in Ukraine with developed infrastructure, telecommunications, international airports, hotels with quality service, simplified tax and legal system allows for favorable conducting of business. Ukraine takes 28th place in the world for speed of Internet. Average speed of Internet access for users in Ukraine is 2,28 Mb/sec. Here are a few tips about legal issues that are good to know when outsourcing to a Ukrainian IT outsourcing company: 1) Non-disclosure agreements can be signed upon request. These documents restrict access to sensitive information by third parties. 2) Ukrainian companies usually prefer to cover all of your requirements in a contract. It is a widely used practice to solve all legal disagreements on a customer’s side. 3) Your agreement with a company and Ukrainian legislation guarantee intellectual property rights. This means that all rights to the software which has been developed for you 100% belongs to you – the customer.

10.    Low level of local risk: Ukraine is a safe place in terms of natural disasters such as hurricanes, floods and earthquakes. No serious force majeures ever happen here. Therefore, when outsourcing your IT to Ukraine, one can be sure that nothing is going to change the next day.

We hope you found this information useful and we’ve answered your questions about Ukraine and that helped to convince you that it is the right place for IT outsourcing services.