Looking Back at 2014: What This Year Was Like for Daxx 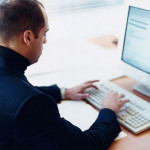 2014 was both a challenging and great year for Daxx. We continued growing and establishing new relationships with our partners throughout the world.

We contributed to the growth of IT in Ukraine and explored new horizons globally. And, most importantly, we made sure Daxx is a great place to work for our teams and a trustworthy partner for our customers!

Let’s take a look back at the highlights of 2014 at Daxx.

Let the numbers speak for themselves:

This year was surely the one to remember for our teams. We played table tennis with other developers and competed in water racing and orientation skills. We had 52 Friday lunches together, ate 420 kg of pizza, drank thousands of liters of tea and coffee – and, of course, wrote thousands of lines of quality code for the products we create. Way to go, Daxx team!

We believe the growth of the community is to the benefit of every developer and company that are a part of it. That is why in 2014 we took an active part in the life of Ukraine’s IT people and supported several noticeable networking and learning initiatives.

The first QA testing fest in Ukraine was a great opportunity for QA professionals to come together and share knowledge, and Daxx is proud to have been its informational partner. This was the first event of the kind for QA engineers, and it was a sure success.

With the growing importance of Symfony framework for web applications, Symfony-focused events continue to gather more developers each year. This was the fifth annual Symfony Camp held in Ukraine, and Daxx couldn’t miss it. We became an info partner of the event to help it deliver valuable information to even more Symfony programmers.

This year, the first Dnepr SQL Server User Group meeting was organized by the Ukrainian SQL development community, and we were happy to support and sponsor it.
Attending Global Tech Events.

At the end of the day, innovation is what drives the tech industry forward, and we had our chance to see some of the cutting-edge technology and get new knowledge at tech events of global scope.

Featuring shows and meetups on such hot topics as Big Data, Cloud, and Apps, the Technology Week was a truly valuable insight into the needs of global IT businesses and a valuable experience altogether.

NY Techday was definitely the place to go for technology startups. In 2014, the participants included already known new brands like Indiegogo, Contently, and Toplist, and the event gathered a total of 13,000+ attendees.  We were happy to meet many of the new entrepreneurs and offer them our help.

This year’s MS SWIT was held in Kyiv, which was a unique opportunity for Ukrainian .Net professionals to hear and meet some of the prominent people in .Net development.

Daxx provided its .Net developers,  as well as two programmers from outside the company, with a possibility to not only attend the conference, but also meet Jeffrey Richter, an author of several bestseller books on .Net development and the contributing author in MSDN magazine.

CeBIT is a high-profile annual technology event, featuring renowned speakers – in 2014 they were Co-Founder of Apple Steve Wozniak and CEO of Kaspersky Lab Eugene Kaspersky. Daxx had a pleasure of being a part of CeBIT 2014, which attracted over 285,000 attendees from Germany and beyond.

If you talk about innovation, 3D Printing is one of the most innovative trends – and if you talk about 3D printing,  3D Printshow New York is an event that can’t be missed. The event featured both spectacular shows and business conferences, and we had a pleasure of witnessing the impressive potential of 3D printing.

It Wasn’t Just About Technology

We believe it’s not just about IT and business. In 2014, we did our best to support charity initiatives that would help save lives and fight disease. Daxx was honored to support the participant of a volunteer anti-cancer initiative Alpe d’Huzes, and donated funds on behalf of our customers, as a Christmas gift to them. Let’s continue making the world a little better together!

Many thanks to all the customers and team members, who spent the challenging, but rewarding year 2014 with us. Let’s continue working on exciting projects and delivering the work we can be proud of!