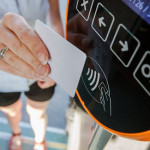 The Budapest Transport Centre (BKK) will run a 550 million forint (EUR 1.7m) ad campaign over two and a half years to promote the electronic ticketing system it plans to introduce, daily Magyar Idok reported.

BKK has invited bids for the ad campaign by July 29. It has announced another call for bids for independent engineering solutions in a value of 350 million forints.

The winner will be tasked with installing over 10,000 smart card readers on vehicles as well as 490 entry gates at 37 underground and light railways (HEV) stations.

It will also have to manufacture 3 million smart cards and 9 million paper-based tickets, the paper said. A pilot run of electronic ticketing started in Budapest in December last year, first among employees of the transport company.

Next in line to receive e-tickets are seniors aged over 65 and annual and Budapest pass holders. The e-tickets equipped with a chip will become available to all passengers by the end of 2017.