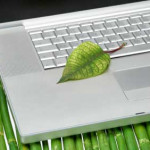 Comarch, a global vendor of products and services for telecommunications, announced that it will add the design and creation of solutions based on the NFC (Near Field Communications) technology to its portfolio. An example of Comarch’s recent involvement in this area is a project called „Nokia brings art closer”, realized in the National Museum in Krakow, Poland.

NFC is a technology enabling wireless data exchange between two devices or a device and a tag, placed within a few centimeters from one another. The market of NFC-based services is very big. A smartphone with NFC can be used as a public transport ticket, an identifier, a badge, an access card or a business card. NFC creates new possibilities in the area of advertising and loyalty programs, but it also simplifies configuration of electronic devices. NFC is also the technology that will make proximity payments done with the use of a mobile phone possible.

The number of phones with NFC is on the rise. According to various estimations, in 2015 there will be around 544 mln of mobile devices equipped with this technology.

The project realized with Nokia is one of the first ,if not the first one of its kind. Currently we are testing how fast users will get accustomed with this technology. NFC has been a buzzword in the industry for quite some time now, but it is only now that the technology is gaining a critical mass, able to generate a real impulse to build commercial solutions based on it, and in result a mass adoption. Comarch is able to create any solution for B2C and B2B markets, that is based on NFC. It is also important, that we are actively involved in R&D work around this technology within the scope of services offered to manufacturers of electronic devices. – says Grzegorz Wąchocki, R&D Manager in Comarch’s Mobile Solutions Department.