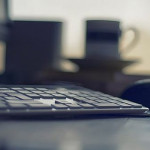 Comarch is the winner of the Index of Polish Business Patriotism rank in the category of quoted companies.

During a ceremonious gala, this Polish manufacturer of IT solutions was honoured by Rzeczpospolita newspaper for its long term and consistent execution of patriotism-oriented strategy.

This included paying taxes, the expenses incurred for research and development and the company’s charity. The company’s spending on pro-social activity and support of NGO organisations have also been praised.

The awards were created to honour companies which both contribute to Poland’s development and thoroughly uphold their responsibilities towards the society and the country.

“While appreciating the chance that EU membership has given to Poland, we should also remember our national interest, just as the Western countries do.”

Janusz Filipiak, the President and founder of Comarch SA, said:

“We make an effort to ensure a balanced and long-term increase of the company’s activity, and its ability to generate innovations while simultaneously preserving a safe diversification and a satisfying profitability of its activity.”

As Professor Filipiak emphasised, 50% of Comarch’s income comes from the export of Polish technical ideas to over 40 countries, mainly in Western Europe and the USA:

“Thanks to an extensive portfolio of clients we constantly provide new job offers for qualified specialists in 14 cities in Poland. During three quarters of 2015, we created 777 new jobs (400 in Krakow). Workers employed by the Comarch Group (5030 in total, 800 working in R&D sector) appreciate the guarantee of a stable employment ensured by Polish capital.”

As a company with original Polish capital, the Comarch Group invests in Polish innovations. The costs incurred for research and development exceeded 10% of sale proceeds in 2014 and reached the value of 111,4 million PLN.

Comarch and Polish subsidiary companies of the Comarch Group contribute to the national budget every year by paying CIT and VAT taxes, taxes and fees related to employees’ wages, and property taxes.

An important aspect of the company’s functions is its charity and social activity. Comarch’s ongoing sponsorship of Cracovia (a football club with over 100 years’ tradition, and a legend of Polish football) for fourteen years has enabled the club to achieve sport successes and a stable financial condition.

The club is also seen as a fully reliable and solvent employer, which is not so common among Polish football clubs. 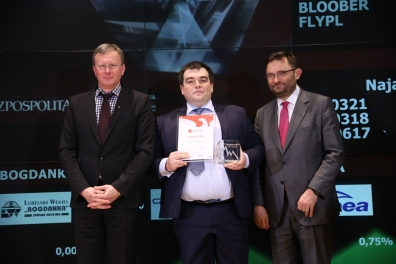 Paweł Jabłoński (the Associate Editor of Rzeczpospolita newspaper) believes that in this time of globalization, patriotic and ethical values are becoming more profound.

Acknowledging these values, the editorial office of Rzeczpospolita and Fundacja Patriotyzmu Gospodarczego (The Foundation of Economic Patriotism) wanted to point out and reward the companies whose activity contributes the most towards the development of our country and society’s financial prosperity.

Economic patriotism is difficult to analyze objectively. We assume it includes companies that particularly contribute towards our country’s development and do not avoid their responsibilities towards the country and society.

In the process of selection, we have taken into account the increase of development, wages, paid taxes, expenses for research and development, and pro-social and charity activities.

The methods of estimating these achievements and giving them appropriate importance in determining a company’s position will be specified by the chapter to which honoured economists and influential authorities have been invited.

The data gained will help to prepare a list of companies that are contributing the most towards the development of our country and society.