Comarch Is the Leader in the TOP 200 Computerworld Ranking 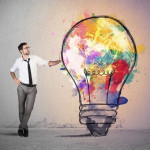 Once again Comarch has been awarded the podium in the TOP 200 Computerworld ranking. In this year’s edition Comarch was the leader in the following categories: company with the highest headcount growth and the largest provider of mobile applications.

Comarch was also the winner in the competition of IT providers for responsible development.

Similarly, to the previous year, the ranking covered other companies in the group: Comarch Polska and Comarch Healthcare. In 2015 the Comarch Capital Group generated revenues from sales of IT products and services of TPLN 984 820 which placed it seventh in the ranking of “the largest capital groups operating in Poland in 2015”.

For many years Comarch has been occupying a strong position among ERP system providers. In the general classification, the company was ranked second with a share of almost 15%. It is worth stressing that Comarch is the largest Polish producer.

Additionally, the good financial condition of Comarch and the net profit generated in 2015 of TPLN 57 683 helped the Company advance by two positions in the ranking of “IT companies with the largest net profit on IT”. In the category “Largest IT companies operating in Poland”, Comarch is now ranked 19th.

Comarch has advanced by as many as 11 notches among the “IT companies with the largest share of R&D vs. its IT revenues”. In 2015 R&D outlays exceeded 13% of the revenues from IT and amounted to TPLN 97 700.

The above value of investments in new products and improvement of the existing solutions ranked the company second in the following category “IT companies with the largest R&D expenditures”.
“Computerworld” TOP200 is a prestigious publication.

For over 20 years it has been a core reference for people interested in Poland’s IT sector, IT specialists and analysts as well as potential customers, looking for information on suppliers’ offers.