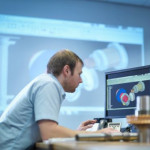 The Munich office will provide a full line of services, from sales to strategic tech consulting, local project management and support.

“Over the years, we’ve learned that clients need and expect their trusted partners to have local presence,”

“We see continental Europe as an area with significant current demand and an even higher potential, and are making investments to build solutions that have a local ‘flavor’.”

German operations are headed by veterans in the fields of digital media, tech consulting and online commerce, with over half a century of experience between them. Steve Pscheid has been a professor of digital media, Internet technologies and online marketing for over 20 years, and is a founder of several startups. Over the course of his career he has consulted for BMW, Volkswagen, Deutsche Bank, for several banks and ad agencies, as well as for major VC companies on their portfolio strategy.

Per Eder is a serial-entrepreneur and has been a consultant for the online and media industries for two decades. He built an international media production agency, which served such clients as Mercedes, BMW, Deutsche Bank, Siemens and McDonalds, and later founded an online-gaming software company, which he successfully sold. In 2013 Eder and Pscheid founded a near-shore software development company to support their consulting projects.

Munich office will initially focus on projects in the financial services, media and IoT sectors.

“The European financial industry is going through a serious transformation, where outdated systems are being replaced and disruptive technologies have permeated all areas of the banking sector,”

“At the same time, the IoT revolution has changed the thinking and the landscape in many industries, especially in automotive and home appliances. This is a perfect time for DataArt to make its mark on the technology scene in Germany, where lots of potential clients could benefit from DataArt’s expert service offerings.”

The Wroclaw office opens less than a year after the launch of the first Polish R&D center in Lublin, which has grown to 100 employees, as Poland continues to be one of the best choices for DataArt in terms of cultural affinity, technical expertise and cost considerations. Located in western Poland, Wroclaw was chosen for its reputable Technical University, well known for graduating excellent engineers. Besides new local hires, a number of existing DataArt’s employees will relocate to Wroclaw, following DataArt’s recent announcement that its service offering will include managed support. George Kremenetsky, former head of DataArt Kiev will lead Wroclaw operations.

“Our goal was not to create one more production office, but rather to foster an innovative ecosystem with local universities, advancing our Open Source and R&D projects in the areas of IoT, healthcare and financial technology,”