Daxx Attended CeBIT 2014, One of the Biggest Global IT Events 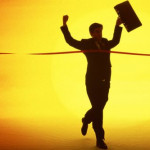 Daxx representatives – the Managing Partner Bart Kuyper and the company’s sales team – sought to build connections with even more IT businesses in Germany and Western Europe and present the company’s services (creation of high-productive dedicated software development teams) to potential customers.

“Germany is one of our priority markets,”

“The demand for qualified developers is high in Germany, and the lack of them is a problem that exists here. We have already helped many German IT businesses cope with this challenge by setting up dedicated teams of remote developers or relocating nearshore developers to Germany, and hope to further expand our business in this country.”

CeBIT 2014 was dedicated to Datability and featured reports on this and other subjects, as well as exhibits from over 4,000 companies. Display categories included IT Services, Web and Mobile, Digital Business Solutions, IT Infrastructure & Data Centers, and others.

The special “job and career at CeBIT” platform featured seminars from talent acquisition companies and a showcase of career opportunities, bringing together job seekers and HR decision makers. Besides, CeBIT 2014 featured a number of conferences on various themes, from datability to security and social business. Reports were presented by high-caliber speakers, including Steve Wozniak, Co-Founder of Apple, and Eugene Kaspersky, CEO of Kaspersky Lab.

Generally, CeBIT is one of the major annual IT events held in Western Europe and is considered a high-profile one, with the German Chancellor opening the proceedings at the 2014 event. Each year CeBIT attracts about 285,000 attendees, about half of them from Germany. Hannover fairground, the largest one in the world, is the regular location for the event.

CeBIT conferences are dedicated to highlighting all major markets in the digital industry, such as IT, Consumer Electronics, Digital Media, and Telecommunications. Besides, CeBIT has become a platform for awarding key achievements in the digital sector.

Daxx seeks to participate in the life of the global IT industry and keep up with the major events that help to understand the needs of the industry. Being more than an IT recruitment or outsourcing company, Daxx aims at delivering turn-key solutions for its customers – dedicated teams of nearshore developers that have proven effective and have helped the clients of the company achieve noticeable results.