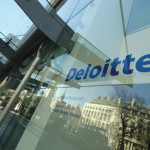 Romania has three companies in this year’s Deloitte Technology Fast 500 EMEA ranking, which includes the fastest-growing technology companies in Europe, Middle East and Africa, according to a press release of Deloitte. The three local companies are Tremend, Trencadis, and Accesa. In total, 39 Central and Eastern European companies have made it to the ranking.

Tremend ranked 285th with a growth rate of almost 400% over the last four years. The company is specialized in software solutions and consultancy with more than 11 years in the business. Trencadis is on the 301st position. It is a systems integration company whose main goal is to optimize and innovate institutions’ and companies’ work processes in relation to citizens and customers, with a growth-rate of 383%. Accesa, a company powering digital experiences through cloud, mobile & connected devices (IoT), is on the 353rd position, with a 330% growth.

The Swedish company Fingerprint Cards, which is active in the biometrics industry, ranked first in the whole EMEA area, with a 28,000% revenue growth over the last four years, whereas the Polish company Codewise had the best ranking in the region, with a revenue growth of 13,052%.

Software industry companies dominated this year’s edition of Deloitte Technology Fast 500 EMEA, accounting for more than half of participants. The media sector is represented by 24% of the companies, with the communication sector coming third (over 10% of participants).

Poland is represented by 15 businesses, six come from the Czech Republic, four from Slovakia, while Croatia, Romania and Hungary are represented by three businesses each. Bosnia and Herzegovina, Bulgaria, Lithuania, Serbia and Slovenia have one representative each.