Endava looking for over 350 Romanians to recruit 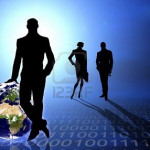 IT outsourcing company Endava seeks to recruit next year 350 persons from Romania, thus expanding its headcount to over 650 nationwide, a company release informs.

Most of the hiring advertised for the next period refers to Iasi and Bucharest. The recruitment campaign is part of the group’s strategy, which targets a 1,000-strong workforce by the end of June 2012.

Endava is present in Romania with offices in Cluj-Napoca, Iasi and Bucharest, currently employing 310 people, by 60 more than in January this year. The company’s largest office is based in Cluj-Napoca (Romania northwest), where it runs two locations with over 180 staff, followed by the office in Iasi, with around 120 employees.

In Bucharest, Endava has a 10-staffed regional coordination and consultancy center.

According to data provided by the company, Endava will hire in Iasi 50 new employees until December 2011 and plans to double its capacity here by filling another 150 jobs next year. The company intends to also expand its activity in Bucharest, with a 100-headcount slated for June 2012.

About 60 people will be recruited for the company’s office in Cluj-Napoca by March-April 2012, and company representatives said they are in talks for a location sized over 3,000 sqm where the offices are supposed to move as of 2012 – 2013, enabling a stronger growth in Cluj in the coming years.

At the end of the recruitment campaign, in June 2012, Endava will count over 650 employees in Romania, thus becoming one of the most dynamic local IT employers.

‘To support the organization’s development, we initiated in 2009 the Endava University program offering company employees technical and management training. In parallel with recruitment and training programs, we also invest in infrastructure, with a view to increasing our office space in Romania to more than 5,000 sqm, renting premium locations and acquiring top-notch IT equipment,’ said Marian Popa, Central and Eastern Europe Managing Director, Endava Ltd.